Psalms #8 – O Jehovah, how majestic your name is

Psalms #8 – O Jehovah, how majestic your name is

For centuries it was as though the name of God had been lost. Even before the Bible was complete, even before Christ came to the earth, Satan hatched a scheme to erase the name of God from the minds of men—from those who were supposed to be the guardians of the truth. Originally the name of God was written 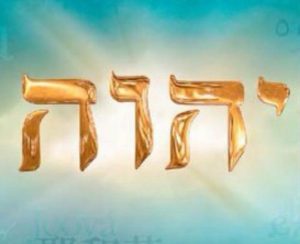 using the consonants YHWH. The reader would supply the correct vowels. At some point apparently after the Jews returned from Babylon they were induced to stop speaking the name, supposedly because it was too sacred to be uttered by human lips. In time the correct vowels were forgotten.

Even if that were true, if scholars were uncertain as to the correct spelling in English or other languages into which the Bible has been translated, why not simply make an educated guess, like a few Bible translators have done using Yahweh? Leaving God nameless is not right, especially since the YHWH appears nearly 7,000 times in the Hebrew text. But nearly all translations, especially the most popular, completely omit the divine name. How can a Christian pray the “Our Father in heaven hollowed be thy name” if the Father is nameless?

From the beginning, the Watchtower has used the name that appeared in the King James Bible in four places—Jehovah. As of 2022 the Watchtower has published material in over 1,000 languages and translated the Bible in over 200 languages—each translating the YHWH into the vernacular. Jehovah has indeed had his name declared throughout the earth.

Now, though, the time has nearly come for everyone to be made to know that he is Jehovah. That means Jehovah will exert power and disrupt the daily routine of billions of people so that no one will be able to go about their business and ignore God. That is what the day of Jehovah is. A disruption. That applies especially to the publishers of millions of Bibles. Jehovah’s Witnesses will have to know Jehovah is more than just a name of a religion.