I Will Pour Out My Spirit on Every Sort of Flesh

I Will Pour Out My Spirit on Every Sort of Flesh

You will receive power when the holy spirit comes upon you, and you will be witnesses of me in Jerusalem, in all Judea and Samaria, and to the most distant part of the earth.—Acts 1:8.

The unseen power of the Kingdom message to change people has particularly been evident in countries where the Kingdom work is legally restricted. It is hard to know how far the message has reached in such countries, and we are often surprised by the results. Take Cuba, for example. The Kingdom message reached there in 1910, and Brother Russell visited Cuba in 1913. However, the progress was slow at first. What do we now see in Cuba? In 2013, there were over 96,000 publishers preaching the good news, and 229,726 attended the Memorial—that is 1 out of every 48 inhabitants of that island nation. Even in countries that are not under ban, the Kingdom message may have reached into areas where local Witnesses think that little witnessing can be done.

Jesus began training his followers to become preachers almost as soon as he embarked upon his own preaching campaign. First he sent out the twelve and gave them power to heal and to expel the demons. And right after that he designated seventy others and sent them out by twos to go to every city and village in all of Israel —announcing that the Kingdom of God had drawn near.

Although the disciples whom Jesus sent out were surely fired with the spirit of Jehovah, they did not then have a thorough understanding of the message with which they had been entrusted. That became painfully evident when Peter tried to dissuade Jesus from his sacrificial course, which resulted in the Lord turning his back to Peter and rebuking him as if he were the very mouthpiece of Satan, which he momentarily was in his ignorance.

The disciples just couldn’t put the pieces of the puzzle together. On the one hand Jesus sent them out as Kingdom proclaimers. Yet, privately he told them that he was going to be handed over to the older men and they were going to kill him. It just didn’t make any sense to them. How could the Kingdom be near at hand if the one whom they accepted as the Messiah was going to be killed? And even though they ultimately witnessed Christ resurrecting several individuals, such as the daughter of the presiding officer of a local synagogue and the widow’s only begotten son, as well as their friend, Lazarus, they couldn’t grasp that Jesus was going to be killed and resurrected. Even after his resurrection, up to the very moment Christ was levitated off the earth and ascended back to Heaven, the last question the apostles put to Jesus was, ‘Lord, are you restoring the kingdom to Israel at this time?’ It was not until anointing spirit came upon them on Pentecost that their minds were fully opened to perceive the truth. 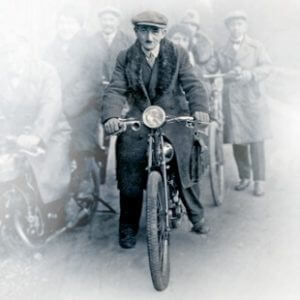 Jehovah’s Witnesses are in a similar position as the twelve and the seventy. From the very beginning of the Watchtower Society the emphasis has always been on preaching the Kingdom. Originally the Watchtower trained and sent out what were called colporteurs —the forerunner of pioneers today. Although banned in many countries modern Kingdom proclaimers have published the message around the globe in hundreds of languages. And remarkably, the message has been the same as that preached by the seventy: ‘The Kingdom of the Heavens has drawn near!’

Like the original disciples, though, the Bible Students and their successors, Jehovah’s Witnesses, have imagined that the Kingdom is going to instantly display itself. Actually, it is believed that the Kingdom has already come —that it has been ruling now for over a century!

It is simply beyond the grasp of Jehovah’s Witnesses presently to comprehend that the Kingdom did not begin ruling the world in 1914. Of course, the Watchtower continually reenforces the 1914 delusion by presenting the success of the worldwide preaching work as being attributable to the Kingdom having come to power.

WHEN IS THE SPIRIT POURED OUT?

But after the Pentecost outpouring the first century disciples also accomplished a great preaching campaign, did they not? Paul even stated that the good news had been preached in all the earth. And yet to whatever extent the word was actually preached and however many persons actually became believers back then, it all took place without Jesus having to assume the rulership of the world. And what is most remarkable, they accomplished it without any modern technology whatsoever! So, why ought Jehovah’s Witnesses assume that Christ cannot similarly direct a preaching campaign today prior to his becoming king of the world?

What is not understood or even understandable presently, is that there is to be a second Pentecost —an ultimate outpouring of God’s indomitable holy spirit. That is not to imply that Jehovah’s Witnesses do not have the spirit in some measure or that some persons have not been anointed with holy spirit. Did not the seventy have God’s spirit upon them to cast out demons and cure the sick? Of course they did. But they did not have the full measure of it, which did not become available to them until after Jesus returned to the Father, as the context of the text today relates.

The prophecy of Joel is a window to the future – the immediate future! I suggest that you read the short Hebrew book. Think about it. Meditate upon it. Doing so, you will surely realize that Jehovah’s Witnesses have no understanding of its contents. Far from symbolizing Jehovah’s Witnesses, the locusts, caterpillar 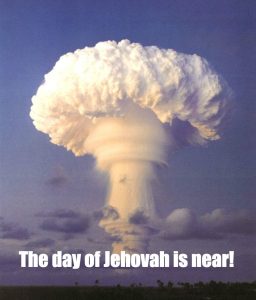 and cockroach invasion represents the destructive army Jehovah will acquisition to wreck the world and bring the Watchtower’s preaching and disciple-making work to a sudden and jarring halt. It will serve as the precursor to the day of Jehovah and a shocking wake-up call to the spiritual drunkards.

In the aftermath of that unprecedented calamity and call to repentance, Joel 2:28-31 states: “After that I will pour out my spirit on every sort of flesh, and your sons and your daughters will prophesy, your old men will dream dreams, and your young men will see visions. And even on my male slaves and female slaves I will pour out my spirit in those days. And I will give wonders in the heavens and on the earth, blood and fire and columns of smoke. The sun will be turned into darkness and the moon into blood before the coming of the great and awe-inspiring day of Jehovah.”

(If you are feeling a bit mischievous, why not ask your local elders to explain why God apparently invites the embattled clergy to appeal to him for protection from his locust, as is implied by the Watchtower’s inchoate, yet long-held explanation of the prophecy of Joel. And if you are especially peevish request an elder to explain to you why God responds to the pleas of the clergy and destroys the “northerner,” driving the pests into the sea. Although they will not be able to provide an answer you might incite them to start thinking, which is no small feat.)

What is the setting and timeframe for this phenomenon? “After that” is in reference to the calamity wrought by the pestiferous invasion of the insect army of devourers, which in verse 20 Jehovah refers to collectively as “the northerner” —putting us in mind of the king of the north and the hordes in company with Gog and Magog from the “remotest parts of the north.”

Christ himself foretold such heavenly phenomena as the sun turning dark and the moon becoming as blood. Blood and fire and columns of smoke seems to be describing nuclear war. In that dark and desperate time Christ will step onto the world stage and revive God’s people with the spirit in such measure as has never been experienced by any people before. They will have a final witness to give to the world then.