QUESTION: How do you feel this Paris attack relates? How does one explain that the fear and actions are not fulfilling the sign of the last days or Christ’s parousia? In addition, could some say it will be an excuse to attack religion?

When a person is indoctrinated with a particular point of view — in this instance, that the last days began in 1914 — they tend to be conditioned to look at such events as just occurred as confirmation of their belief.

Before going any further, it must be pointed out that Jehovah’s Witnesses are by no means alone in the conviction that these are the “last days.” A growing number of mostly evangelicals — the theological descendants of the lay Baptist preacher, William Miller, from the mid 1800’s — although not attached to 1914 as are Jehovah’s Witnesses, ardently believe that these are the end times too. Most of them believe the establishment of Israel as a modern nation-state in 1948 began the end times countdown to the rapture. They see developments like gay marriage, ISIS and the recent natural cycle of so-called blood moons, as confirmation of their belief.

In fact, radical Islam, which is based on British-bred Wahhabism, is basically an apocalyptic death cult with similar beliefs as Evangelicals.

But as regards the expression “last days,” I submit that it be changed to something more appropriate, like, “the final century” or “the last decades,” or maybe “the concluding era” – if the biblically delineated period began in 1914 or even 1948.

That is because in all sensibleness, ought not expressions like the “last days” or “the final part of the days,” or a “conclusion of a system,” signify a relatively short period of time — a few years at most — when civilization is confronted with an unparalleled, existential crisis?

Just to briefly underscore the absurdity of Russell’s 1914 doctrine from our standpoint in the year 2015, the book of Revelation portrays the events associated with the last days as happening in a sequential order and in rapid succession. Hence, the first four seals of the symbolic scroll are unsealed, unleashing war, famine and pestilence, laying a quarter of mankind low. And Jehovah’s Witnesses are convinced that World War One and the Spanish Influenza are the outward confirmation that the seals were broken in 1914.

What about the other seals? The fifth seal involve events in the invisible, so there can be no visible confirmation. What about the sixth seal?

“And I saw when he opened the sixth seal, and a great earthquake occurred; and the sun became black as sackcloth made of hair, and the entire moon became as blood, and the stars of heaven fell to the earth as when a fig tree shaken by a high wind drops its unripe figs. And the heaven departed as a scroll that is being rolled up, and every mountain and every island was removed from its place. Then the kings of the earth, the high officials, the military commanders, the rich, the strong, every slave, and every free person hid in the caves and among the rocks of the mountains. And they keep saying to the mountains and to the rocks: “Fall over us and hide us from the face of the One seated on the throne and from the wrath of the Lamb, because the great day of their wrath has come, and who is able to stand?” 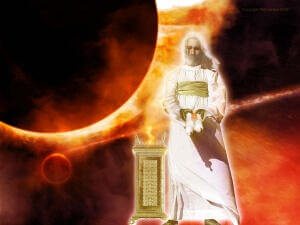 The question Jehovah’s Witnesses should thoughtfully consider is this: Has the sixth seal been unsealed too? The answer from the Watchtower is: Absolutely! And what visible evidence is there to confirm that? Well, there isn’t any — not really. According to the Watchtower’s last commentary on Revelation in 1988, the opening of the sixth seal brought physical “preliminary” temblors, which are a harbinger of a great metaphoric upheaval that is still yet to occur 101 years later!

But if the events associated with the opening of the first five seals took place immediately after the seals were opened, why — after a century and counting — have not the events betokened by the opening of the sixth seal also taken place? And if there has been a preliminary shaking of the system in advance of the Big One, has there similarly been at least a few stars that have fallen from the symbolic firmament as an omen of the big shakeout?

“BY HIS CUNNING HE WILL USE DECEPTION”

As regards the most recent terror attack, the very fact that throngs of people were out partying in gay Paris on a Friday night — attending concerts, leisurely dining out, watching a soccer game — is really confirmation that the world is actually enjoying a time of relative security and carefreeness.

Sure, if you or a loved one are the unfortunate victims of senseless violence your personal lives are greatly impacted. But most people go on about their affairs and are not terribly shaken by random acts of terror.

And I might point out, the Watchtower no longer even teaches that Jesus’ words regarding men becoming faint with fright in dread of the things coming upon the world has been fulfilled.

Now, as regards prophecy: What we are witnessing is leading up to the dramatic conclusion of the present civilization. ISIS and various terror groups are a merely a synthetic creation of Anglo-American intelligence agencies, which are being used like mercenaries to carry out a hidden agenda of taking down the present nation-state system. 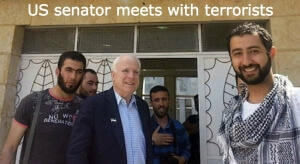 The terror of September 11th that brought down the Twin Towers was the pretext for America launching its long war against terror, but which as Russia has recently demonstrated by their intervention in Syria and the swift eradication of ISIS, has not been a war against terrorists at all, but rather, a scheme intending to overturn nation-states like Iraq, Libya, Syria and Iran.

To further underscore the truth of the matter, a couple of years ago Al Qaeda was touted as the most dangerous terror group in existence, menacing civilization itself. Surely the nations will spare no effort in hunting down and stamping out this pestiferous mob of pillagers and murderers, right? Wrong! Now Al Qaeda is considered to be a “moderate” terror group and the US is furious that Putin makes no distinction between the good terrorists and the bad ones. (US Blasts Russia for Attacking Al Qaeda in Syria)

The fact that the Anglo-American alliance with the very terrorists it claims to oppose has been publicly exposed, it highlights an aspect of the character of the fierce-looking king who is to come on the scene during the last days, of whom it is written: “He will bring ruin in an extraordinary way, and he will be successful and act effectively. He will bring mighty ones to ruin, also the people made up of the holy ones. And by his cunning he will use deception to succeed; and in his heart he will exalt himself; and during a time of security he will bring many to ruin.”

Since 1914, with earth’s population exploding into the thousands of millions, literal temblors have contributed significantly to the distresses of our times. Nevertheless, even though they fulfill prophecy, those earthquakes have been natural, physical disasters. They are preliminary to the great symbolic earthquake of Revelation 6:12. This, indeed, comes as the devastating finale to a series of advance tremors that shake Satan’s human earthly system of things to its foundations. – Grand Climax

That is not to say that the USA is the last king, only that the leading nation of the world has already been subverted to do the bidding of a king who is yet to arise completely. In fact, the republic of America is certain to be among the many casualties when the fierce-looking king brings “mighty ones to ruin.” The USA has basically been induced to suicide itself.

But what do Jehovah’s Witnesses believe about the extraordinary prophecy contained in the 8th chapter of Daniel? Why not ask one of Jehovah’s Witnesses and find out? More than likely they will not have a whole lot to say about it, since the Watchtower has relegated it to obscurity, along with many other aspects of prophecy.

Presently, though, the Empire’s terror assets are being directed against China, Russia and now France — no doubt with other nations coming inline for the terror treatment if they do not buckle to the demands of the bankers, whose global financial and monetary system is nearing the point of an instantaneous, unstoppable, killer chain-reaction collapse.

Apparently, trying to avoid having Europe plunged into yet another horrific war, France and Germany are breaking from the Anglo-American war drive and seeking rapprochement with Russia. Just recently Sarkozy, former president of France, urged taking a more conciliatory tone with Putin and Russia. No doubt it is this development that is behind the terror attack on France.

But it is the absolute certainty of an impending crash of the financial system that is driving the maddened Anglo-American beast to push the nations into war. War is essential as a pretext for abolishing national sovereignties, which retain the power to prevent the austerity and genocide the financiers seek to impose upon the masses. By plunging the world into war the imperialists will be able to establish their bankers’ dictatorship over the nations.

When the nations are under the authority of a single ruling power — aka, the eighth king, the fierce looking king — then the harlot of Babylon will no longer be needed.

(In related news, last week a submersible drone was discovered in the Baltic Sea very near to Russia’s Nord gas line that supplies Europe. Draw your own conclusions.)