Others Have Acted as Owners of US

Others Have Acted as Owners of US

The solid foundation of God remains standing, having this seal, “Jehovah knows those who belong to him,” and, “Let everyone calling on the name of Jehovah renounce unrighteousness.”—2 Tim. 2:19.

In the apostle Paul’s day, certain professed Christians adopted false teachings; yet, they continued to associate with the congregation. To the casual observer, these apostates might not have been different from others in the congregation. But their apostasy presented a danger to faithful Christians. These wolves in sheep’s clothing began “subverting the faith of some.” Paul was sure that Jehovah could recognize hypocritical worship, and he was likewise convinced that Jehovah could identify those who are obedient to Him. Paul manifested his strong conviction when writing under inspiration to Timothy. After referring to the spiritual harm that apostates were already inflicting upon some within the congregation, Paul wrote the words of today’s text.

What was it, exactly, that was subverting the faith of some Christians back then? The preceding verse in 2 Timothy indicates that two men had deviated from the truth —Hymenaeus and Philetus — and were teaching that the resurrection had already occurred.

Ironically, the Watchtower teaches the very same thing. For example, in the January 1, 2007, Watchtower article entitled The First Resurrection – Now Underway the 12th paragraph cleverly asserts that the first resurrection began in 1918, but they admit that there is no direct scriptural support for it. Their proof is nothing more than mere dogmatism: ‘Since we know Jesus’ parousia began in 1914 the resurrection had to have already occurred too.’ Here is an excerpt:

Could it, then, be reasoned that since Jesus was enthroned in the fall of 1914, the resurrection of his faithful anointed followers began three and a half years later, in the spring of 1918? That is an interesting possibility. Although this cannot be directly confirmed in the Bible, it is not out of harmony with other scriptures that indicate that the first resurrection got under way soon after Christ’s presence began.

As Peter intimated that some have promoted “artfully contrived false stories” regarding the parousia, it is evident that the Watchtower is compelled to adopt the very same message as Hymenaeus and Philetus in the first century in order to perpetuate the 1914 parousia delusion.

Ironically, though, now any of Jehovah’s Witnesses who may reject the admittedly, scripturally unsupported notion that the resurrection has already occurred, are denounced as apostates. Obviously the Devil has great influence within the organization to turn the truth upside down, raising the question of who is it that is pushing 1914? 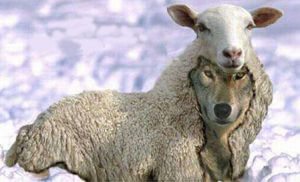 Needless to say the actual beginning of the parousia in the immediate days ahead will confront Jehovah’s Witnesses with quite a stumbling block. Then, Christ will require those who wish to remain in the truth to take a stand for the truth outside the domain of the Watchtower. Then Bethel will become the subverter of the faith of many, just like Hymenaeus and Philetus.

Indeed, although Jehovah knows those who belong to him, up until the separation “other masters besides you have acted as owners of us”; namely, the Watchtower Society and her Governing Body. (Isaiah 26)