I may have just debunked the Bible: Q: If the Genesis account is to be believed, how would we explain: 1. How did Kangaroos make it all the way to just Australia from the Mountains of Ararat ?

In geologic studies there are two schools of thought —Uniformatarianism and Catastrophism. The dominate view that scientists are indoctrinated in is the uniformatarian theory. The Doctrine of Uniformity supposes there has been a constancy of causality throughout the ages. In other words, the way things are now is the way it has always been. Change only comes gradually.

Catastrophism, as the word implies, suggests that in the past the earth has been subjected to great catastrophes. The Bible supports the notion of catastrophism —one catastrophe in particular —that being Noah’s Flood, or the great Deluge.

Scientists know that in ages past the earth had a much different climate. Not only was much of the planet covered in massive sheets of ice, but apparently prior to the so-called Ice Age the globe enjoyed a uniform, semi-tropical climate. Sound reasoning suggests that the way things are now (Uniformitarianism) cannot explain this great extremes in climate.

The division of the waters with an expanse in between brought into existence two vast oceans. One ocean covered the earth and another ocean was suspended up in the upper atmosphere —perhaps in the farthest reaches of earth’s gravity — in the thermosphere.

The apostle Peter also made reference to this extraordinary phenomenon when he wrote concerning the ridiculers of Christ’s presence: “For they deliberately ignore this fact, that long ago there were heavens and an earth standing firmly out of water and in the midst of water by the word of God; and that by those means the world of that time suffered destruction when it was flooded with water.”

In describing the earth as standing out of water and in the midst of water, it should be noted that on the third creative epoch God caused land —earth —to emerge from the terrestrial ocean. That earth, as it existed before the Deluge, was indeed in the midst of water. Not only was the dry land surrounded by the seas on all sides, and swaddled with an aqueous blanket high above the earth in the form of a gravity-defying heavenly ocean, but there was —and still is —an ocean below our feet. Scientists have recently discovered that a vast ocean lies deep beneath the crust of the planet. This confirms the Bible account regarding the rupture of the springs of the watery deep, which coincided with the crash of the heavenly ocean (In Hebrew the word translated as deluge means “heavenly ocean.” More on Deluge)

So, as the apostle described, the earth truly was in the midst of water by the word of God. But, before considering the kangaroo mystery, there is a point I would like to make. Sometimes Jehovah’s Witnesses refer to the earth being covered in a vapor canopy, giving the impression that the waters above the earth were similar to clouds. But that is misleading. The waters suspended above the earth did not get there by evaporation. Nor should we suppose the water existed as vapor. The Scriptures clearly indicate that the water was water —a literal ocean.

Of course, scientists may scoff and claim that such a thing is not physically possible. As already stated, though, the existence of the heavenly ocean did not come about by the natural process of evaporation. As Moses stated in Genesis and as the apostle Peter confirmed, it came about by the word of God. To emphasize the point, God’s creative and miraculous activity occurs outside the known laws of physics. That is something uniformitarians refuse to accept.

The existence of the heavenly ocean explains the once semi-tropical climate the earth enjoyed. For example, geologists have found palm fronds frozen in the Arctic ice. No doubt the sea suspended above the world acted as an insulating blanket by retaining some of the solar radiation that would have otherwise been reflected back out into empty space.

Now, picture a horticulturist that raises orchids and other tropical plants in a greenhouse in the winter. Imagine that an icy blizzard smashes the glass of the greenhouse. Suddenly the plants in the protected hothouse wilt and freeze. That is exactly what happened when God caused the heavenly ocean to collapse. Very quickly the heat of the earth was lost. If you have ever experienced a thunderstorm on a sultry summer day, then you know firsthand how fast the temperature can drop when a thunderhead releases its stored water. Now imagine that on a global scale. What a catastrophe!

The earth’s polar extremes would experience the most pronounced shock. In view of the fact that the Flood began around the 1st of November, going into the Northern Hemisphere’s winter, the northern regions were plunged into an immediate deep freeze. Although the Deluge was over in 40 days and the earth was covered with water for almost a year, likely the waters of the Arctic began to freeze over immediately. With the great turbulence stirred up by the catastrophe, no doubt the atmosphere continued to produce great storms and blizzards, piling up snow and ice like mountains.

After the waters receded the seas that covered the earth were much smaller than now —this, due to the fact that vast amounts of water were stored as ice. This phenomenon resulted in the existence of land bridges. If one looks at a globe or map (Click here for satellite image) of the region just north of the continent of Australia, it becomes apparent that the various islands of Indonesia, Papua New Guinea, Micronesia, Sumatra, and the hundreds of smaller islands, including the many islands of the Philippines, were once connected to both the mainland of Asia and Australia.

These land bridges explain the migrations of animals and people. (The Bearing Strait that now separates Asia from North America was once a land bridge that allowed the people of Asia to migrate without boats.)

We hear a lot of talk these days about climate change and global warming. But the process of global warming has been at work for centuries. That is evident due to the fact that the earth has warmed considerably from the so-called Ice Age. In some sense, the climate is still reverberating from the catastrophe of 4,000 years ago. The warming trend is in response to the big chill that occurred as a result of the crash of the heavenly ocean. So, as the earth has gradually warmed over the ensuing centuries, the ice that piled up in the aftermath of the Flood has been slowly melting and as a consequence, the sea level has steadily risen —submerging the land bridges that once connected the continents.

Probably kangaroos and koala bears once lived elsewhere —other than Down Under —but as the land bridges slowly disappeared and cut off any further migration of land animals, the kangaroos and koalas became extinct everywhere else due to the prevalence of predators, like big cats and packs of wolves. And evidently, no predators survived in Australia after the bridges were closed —allowing the roos to thrive there and nowhere else.

2. (Genesis 2: 10-14) How could Moses have accurately described rivers that would have no doubt been destroyed by the earth’s upheaval and destruction by waters released from below and above that would have surely moved land masses and changed landscapes?

Just because Moses revealed that two of the rivers encircling the Garden of Eden were named Hiddekel (Tigris) and Euphrates does not necessarily mean that the two rivers are now in the exact same channels in the post-Flood world. Rivers naturally change course due to erosion and periodic flooding. Yet, the thing about water is, it always flows downhill, which is why rivers flow in the first place. So, even during the watery cataclysm, it is reasonable to assume that the rivers that existed prior to the flood served as primary channels for the rushing waters. The usefulness of the Genesis account is, that, in naming two rivers that even now exist, it allows us to know the approximate location of the Garden of Eden prior to the Flood.

Interestingly, oceanographers discovered that the Hudson River, which flows into the Atlantic Ocean at New York City, had cut a channel far out onto the Atlantic, confirming that ocean levels were once much lower. While it cannot be dogmatically asserted that the Hudson River existed in the same channel prior to the Flood, obviously the river flowed in its immediate aftermath as the sea level gradually rose in the global warming trend.

For further reading check out The Genesis Flood, co-written by Henry Morris, a distinguished hydrological engineer. (Unfortunately, Morris and Whitcomb, who established the Creation Research Institute diminish their credibility and bring reproach on the Bible by their young earth error.) 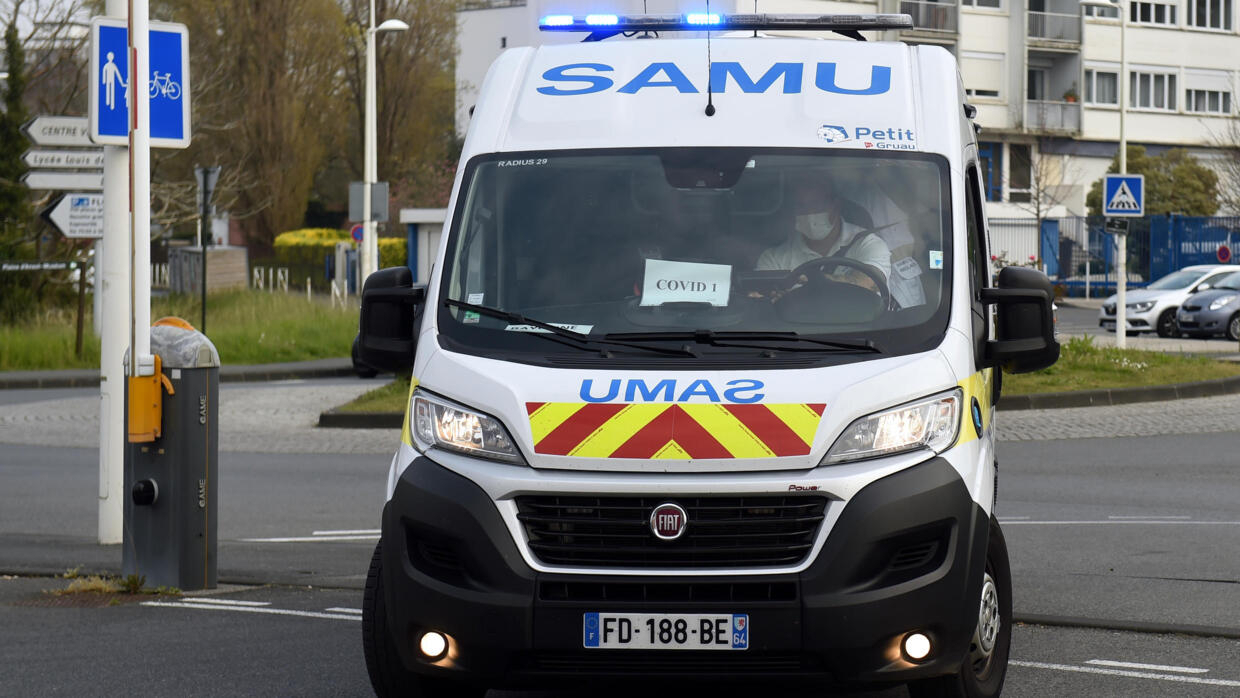 Linus Pauling had it right, like, what, 50 years ago?

Despite an observable urge for the regulatory agencies to crush the culture of vitamins and erase their history, it’s leaking out into the mains...

They just can't seem to stamp out nationalism

When countries are turning to China because their supranational institutions won't help, that's a problem.

It looked like war is imminent a few months back. Now the other horses of the Apocalypse are coming up to the gate. I would expect the red horse to come up big time over the next year