The Name of Jehovah is Coming from Far Away

The Name of Jehovah is Coming from Far Away

This article is reposted from 2013

Throughout the book of Isaiah Jehovah depicts the leaders of his people as blind, spiritual drunkards and illiterates, who are incapable of coherently comprehending the judgments contained in the prophecy —the very prophecies they pretend to understand.

As this commentary on Isaiah has demonstrated the leadership of Jehovah’s Witnesses fit the profile. That will be their condition up until the powerful presence of Christ ensues – at which point God deals a severe wound to his people. (See the previous article) The discipline of Jehovah is intended to disabuse the people of God of their organizational idolatry and arrogance and prepare them for the rule of the Kingdom of heaven.

The remaining span of verses in the 30th chapter of Isaiah portrays what the book of Revelation calls the war of the great day of God Almighty at Armageddon. How do we know that?

Revelation symbolizes Satan’s earthly political system as a beast with seven heads and ten horns. Jehovah’s Witnesses realize that each head of the symbolic monstrosity represents a specific empire that has existed and which has taken its turn oppressing God’s people down through the ages. (Although at times Jehovah used them as benefactors)

The seven successive heads of the beast are Egypt, Assyria, Babylon, Persia, Greece, Rome, and the present Anglo-American duo. Hence, the judgment expressed against any of these “heads” may typify the judgment that God will bring against the beast itself when it battles the Lamb of God in the finale.

To illustrate the point, the 11th chapter of Revelation refers to the two witnesses being killed “in a spiritual sense” in Sodom and Egypt, “where their Lord was also impaled.” But, of course, Sodom did not even exist in the first century and Jesus was certainly not impaled in Egypt. He was put to death just outside the walls of Jerusalem, which the prophets referred to as Sodom.

But what does Egypt mean “in a spiritual sense”? Likely, it is intended to symbolize Satan’s wild beast, whichever head may be ruling at any given time. That is because even though Rome was the ruling power at the time Jesus was killed —he being put to death upon the order of the Roman governor, Pilate —Egypt was the first empire that opposed God. Therefore, in that particular context, it is used as a symbol of the whole political system. Likewise, we may expect the symbolic two anointed witnesses to be put to death by executive order of the beast too, during the reign of the eighth king – symbolized by the beast itself.

With that in mind consider Isaiah 30:27-28: “Look! The name of Jehovah is coming from far away, burning with his anger and with heavy clouds. As for his lips, they have become full of denunciation, and his tongue is like a devouring fire. And his spirit is like a flooding torrent that reaches clear to the neck, to swing the nations to and fro with a sieve of worthlessness; and a bridle that causes one to wander about will be in the jaws of the peoples.”

Although the next span of verse relates specifically to God’s judgment against Assyria the verse above speaks of God judging “the nations” —plural. This would seem to indicate that Assyria represents the 8th king, which springs from the seven and which is supported by “ten kings,” symbolizing the complete number of earthly nations.

God putting a bridle in the “jaws of the people” of the nations connects with the 38th chapter of Ezekiel and the “hooks” placed in the jaws of Gog, the leader of the great military force that is destined to come against God’s people in the final part of the days.

It is noteworthy that the prophecy of Isaiah does not state that God himself is coming from far away – as if he has to travel a great distance from Heaven. Rather, it says “The name of Jehovah is coming from far away.” What is the significance of that? The name of Jehovah and what it stands for is far away in the sense that people do not have God close in mind. Many especially despise the word “Jehovah.” No doubt presenting God with a personal name is particularly odious to persons who hate God. To underscore their contempt, most modern versions of the Bible have erased all traces of the name of God. They did not believe the name of God is important. 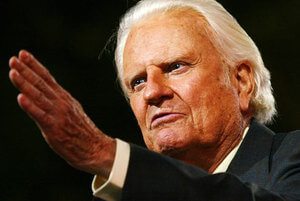 For example, the late Billy Graham, arguably once the most prominent evangelical preacher in America, used to have a syndicated column where he answered Bible questions. One reader asked ‘who is Jehovah?’ Graham responded that Jehovah was the name of the old tribal god of the Hebrews – as if his name is no longer important!

Naturally, if religious leaders have such contempt for Jehovah those under their influence will too. Hence, the name of Jehovah is far away from them! Conversely, the apostle Peter exhorts Christians to “keep close in mind the presence of the day of Jehovah.”

Continuing, verse 29-32 states: “You people will come to have a song like that in the night that one sanctifies oneself for a festival, and rejoicing of heart like that of one walking with a flute to enter into the mountain of Jehovah, to the Rock of Israel. And Jehovah will certainly make the dignity of his voice to be heard and will make the descending of his arm to be seen, in the raging of anger and the flame of a devouring fire and cloudburst and rainstorm and hailstones. For because of the voice of Jehovah Assyria will be struck with terror; he will strike it even with a staff. And every swing of his rod of chastisement that Jehovah will cause to settle down upon Assyria will certainly prove to be with tambourines and with harps; and with battles of brandishing he will actually fight against them.”

The Bible record indicates that an angel of God slew 185,000 Assyrian troops as they prepared to assault Jerusalem. However, God did not manifest any supernatural display on that occasion or demonstrate his rage in any visible way, such as with a flaming fire or thunderous cloudbursts. So, why does the prophecy describe God’s judgment of Assyria that way? Again, because the Assyria typifies the last king. And the Scriptures describe the revelation of Christ coming about in a flaming fire, bringing destruction on those who do not know God or obey him.

Continuing on, the last verse of the 30th chapter of Isaiah states: “For his Topheth is set in order from recent times; it is also prepared for the king himself. He has made its pile deep. Fire and wood are in abundance. The breath of Jehovah, like a torrent of sulphur, is burning against it.”

In the Watchtower’s Insight Volume it is said that Topheth was a place outside of Jerusalem where the wicked kings performed child sacrifice accompanied by the clamor of music and tambourines to drown out the screams of the children. Later Josiah made the place unfit for worship. It is thought that the place then became the infamous smoldering dump Jesus referred to as the perpetually burning fires of Gehenna. 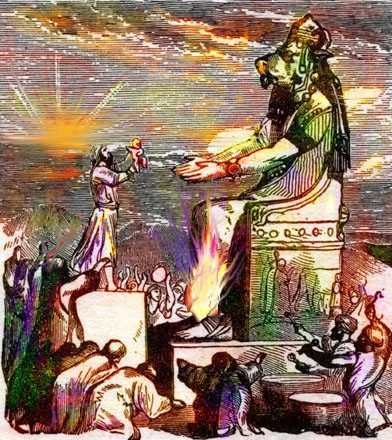 At any rate, God uses Topheth to symbolize how he is going to prepare a sacrifice of the Assyrian, as if burning him alive. This harmonizes with what is found in Revelation, which states regarding the wild beast: “And the wild beast was caught, and along with it the false prophet that performed in front of it the signs with which he misled those who received the mark of the wild beast and those who render worship to its image. While still alive, they both were hurled into the fiery lake that burns with sulphur.”

But return to verse 29, which describes God’s jubilant people entering “into the mountain of Jehovah.”

What is “the mountain of Jehovah”? It symbolizes the Kingdom of God. And when are God’s people brought into the mountain-like kingdom? After God deals his people a severe disciplinary wound and immediately before God crushes the nations.

Since there is only one occasion when people flee to the Kingdom for salvation, what scriptural justification is there for Jehovah’s Witnesses to believe that the mountain of Jehovah has already been lifted up and the Society itself represents the established Kingdom and that God has already set matters straight with his people? (See chapter four of the WT’s Isaiah commentary)

Frankly, there is none. The very fact that the Watchtower has exalted itself as the city on the hill is the reason God is going to destroy it, as will be considered in the next article.