Senseless Nabal, a Type of Antichrist

Senseless Nabal, a Type of Antichrist

Abigail was a noteworthy woman who lived in the 11th century B.C.E. She had discernment, whereas her husband, Nabal, was harsh, worthless, and senseless. David and his men protected Nabal’s possessions for a time, but when they asked for provisions, he “screamed insults at them” and gave them nothing. This angered David so much that he planned to do away with Nabal and his men. Hearing about this, Abigail took food and drink to David and his men, thereby preventing bloodshed.  David later said to her: “Praise Jehovah the God of Israel, who sent you this day to meet me!” In 455 B.C.E., among those who helped to repair the walls of Jerusalem were the daughters of Shallum, a prince of half the district of Jerusalem.  They willingly did menial work. How we appreciate the many Christian women who joyfully support theocratic building projects in various ways today!

In times past the Watchtower used to emphasize what were called types and antitypes. That approach to the Bible, however, has now been discounted by the Governing Body, unless it is explicitly spelled out in the Scriptures. The March, 2015, Watchtower explained why the old approach has been deemphasized:

As we might expect, over the years Jehovah has helped “the faithful and discreet slave” to become steadily more discreet. Discretion has led to greater caution when it comes to calling a Bible account a prophetic drama unless there is a clear Scriptural basis for doing so. Additionally, it has been found that some of the older explanations about types and antitypes are unduly difficult for many to grasp. The details of such teachings—who pictures whom and why—can be hard to keep straight, to remember, and to apply. Of even greater concern, though, is that the moral and practical lessons of the Bible accounts under examination may be obscured or lost in all the scrutiny of possible antitypical fulfillments. Thus, we find that our literature today focuses more on the simple, practical lessons about faith, endurance, godly devotion, and other vital qualities that we learn about from Bible accounts.

So, one of the reasons given for discounting what were once considered prophetic dramas is for the sake of simplicity. But the problem with that approach is that the Bible is not a simple book. Take for example the man Melchizedek. He is given brief mention in the book of Genesis. However, in the 110th Psalm this seemingly insignificant character is connected to the Messiah.

Most significantly, though, the wise Christian apostle, Paul, devoted three chapters in his letter to the Hebrews (5-7) expounding upon and explaining in detail how Melchizedek was a type of Christ. And it was in connection with this very Melchizedek that Paul lamented that the Hebrews to whom he was writing could not grasp these deep things, saying to them: “We have much to say about him, and it is difficult to explain, because you have become dull in your hearing.  For although by now you should be teachers, you again need someone to teach you from the beginning the elementary things of the sacred pronouncements of God, and you have gone back to needing milk, not solid food.”

Considering the Watchtower’s rationale for their simplified approach to teaching, by their own back-handed admission Jehovah’s Witnesses have also become dull in their hearing and need to be bottle-fed simple-ingredients-infant-formula because they cannot chew the meatier matters of the Word. 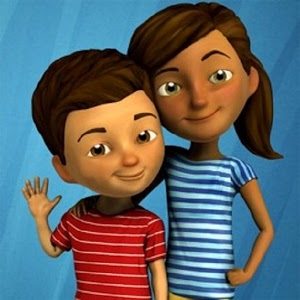 While this is undoubtedly true to an extent, unlike Paul, who at least tried to explain the weightier spiritual matters to his brothers, the Watchtower reenforces this infantile spirituality and is in fact taking the lead in dumbing down the flock. This is evident, not just in their disallowing types and antitypes now, but in their whole approach to teaching, such as the cartoon characters Sophia and Caleb, and the soap opera-like dramas and re-enactments on JW Broadcast. Meanwhile, the deep and weighty messages of the prophets are turned into practical lessons in everyday living.

It is noteworthy, though, that the same article that repudiates types and antitypes leaves open the possibility of biblical accounts serving as more than mere practical lessons. Here is what is stated in the 12th paragraph:

Should we conclude that Bible narratives have only a practical application and no other meaning? No. Today our publications are more likely to teach that one thing reminds us of or serves to illustrate another. They are less likely to present many Bible accounts in a rigid framework of prophetic types and antitypes.

This brings us to the subject matter touched upon in today’s text. And in recognition of the Watchtower’s simplified approach to Bible narratives, let the question be considered: What might the account concerning Nabal, Abigail and David remind us of or serve to illustrate as regards God’s future judgments?

DAVID AS A TYPE OF CHRIST AT HIS RETURN

There is valid reason to consider that the life of David illuminates matters related to Christ. After all, in prophecy the Messiah is referred to as “David.” In fact, the very last chapter of Revelation refers to the Christ as the offspring of David.

Although David was not king when his men guarded Nabal’s flock, he had already been anointed as the king designate and had gained national fame by slaying the hulking Philistine —Goliath. The discerning Abigail acknowledged as much when she said to David: “Pardon, please, the transgression of your servant girl, for Jehovah will without fail make for my lord a lasting house, because my lord is fighting the wars of Jehovah, and no evil has been found in you all your days.” — 1 Samuel 25:28

In saying this Abigail indicated that she recognized David as the future king and Jehovah’s appointed executioner. That is even more evident in what she next stated to him: “And when Jehovah has done for my lord all the good things he has promised and he appoints you as leader over Israel, you will have no remorse or regret in your heart for shedding blood without cause and for letting the hand of my lord take revenge. When Jehovah confers good upon my lord, remember your servant girl.”

Since Abigail discerned that David was going to be king Nabal could have and should have too. But he refused. As a consequence the account goes on to relate that Jehovah struck Nabal and he died. And David did indeed remember Abigail, making Nabal’s widow his bride.

What makes Abigail’s life-saving act of discretion so extraordinary is that she acted against her head —Nabal. And in those days a husband was considered the owner of a wife —the wife being his property.

So, what may this remind us of or illustrate?

It is most interesting when comparing David with Jesus that David was a man of war, as Abigail acknowledged —he was fighting the wars of Jehovah. Whereas, Jesus was a man of peace. However, when the superhuman offspring of David returns to claim his Kingdom he is pictured as a mighty warrior, equipped with bow and sword —intent on fighting the wars of Jehovah to the extent that all enemies of his Kingdom will be slain globally.

But Nabal was not a Philistine. Nor were his shepherds. Nabal was an Israelite, a descendent of Caleb (Not the cartoon character). And his status as an Israelite reminds us of the fact that the returning Christ commences his warfare —not against the godless enemies in the world, but against the enemies within his own spiritual nation. That is illustrated by the words of Christ himself addressed to the symbolic congregation of Pergamum: “Therefore repent. If you do not, I am coming to you quickly, and I will war with them with the long sword of my mouth.”

When Nabal screamed insults at David’s men he refused to acknowledge any debt he owed David for the fact that David’s men had kindly supported the shepherds of Nabal. This reminds us of those whom the apostle Peter wrote who will disown the owner who bought them. In other words certain men who had at one time been Christians will betray Christ and become antichrists. That destruction comes upon them speedily indicates that their disowning of the owner who bought them comes about upon the return of Christ. Elsewhere Jesus indicated that there will be many false christs and false prophets and many who will be stumbled and hate and betray one another when he returns.

The senseless Nabal, therefore, typifies the stupid and senseless prophets who are spoken of in Ezekiel and Isaiah. Of these Isaiah states: “The senseless one will no longer be called generous, and the unprincipled man will not be called noble; for the senseless one will speak nonsense, and his heart will devise harmful things, to promote apostasy and to speak what is wayward against Jehovah, to cause the hungry one to go unfed and to deprive the thirsty one of something to drink.” —Isaiah 32

The 32nd chapter of Isaiah is a prophecy related to the return of Christ, described in the first verse as the king who will reign for justice.

Of course, the Watchtower claims that Jesus began ruling in 1914 and that he has already set all matters straight. Needless to say, that is nonsense. The actual coming of Christ will make that plain as day. Then those who cling to their foolish invisible parousia will inevitably make themselves apostate enemies of the King.

Although accustomed to receiving accolades of being wise and discreet and providing nothing but the most nutritious spiritual food in the world, then they will speak sheer nonsense, like the drunken fool, Nabal. Those who look to the senseless speakers of what is harmful will go unfed and thirsty.

Then Jehovah’s Witnesses, like Abigail, will have to take decisive action that will require them to act in defiance of their organizational master. They will have to then acknowledge that the real Christ has come and that the Watchtower stands in opposition to him.

Far more than providing an example for sisters to extend themselves in theocratic building projects today, the swift action taken by Abigail that ultimately led to her becoming the wife of the king of Israel puts us in mind of the wise virgins who are taken into the wedding feast before the door is shut during the great tribulation.