Moving Ahead with Jehovah’s Organization?

Moving Ahead with Jehovah’s Organization?

Jehovah surely is a God of organization and order. The physical heavens as well as the armies of the invisible realm give testimony to that, as the May 2014, Watchtower, article asserts. The instances of Noah and his family, as well as Moses and the Israelites, and the original Christian society, are also examples of how God promoted organization among his people.

In view of the above-cited examples, the next Watchtower article poses the question: Are You Moving Ahead With Jehovah’s Organization?

As a brief overview the article focuses on the attack of Gog of Magog upon God’s people in the final part of the days and God’s response to it. The prophecy in the 38th chapter of Ezekiel indicates there will be earthly survivors of that war, who obviously parallel that “great crowd” in Revelation, who are said to “come out of the great tribulation” – meaning, they survive it.

In our limited capacity as imperfect earthlings most people tend to think that the way things are in the present is the way they will always be. But Jehovah exists outside the human realm, far above even the heavens of the heavens. He not only can foresee the future he can make it happen. In fact, the very name YHWH in Hebrew literally means “He who causes to become.”

Jehovah’s Witnesses are blessed to have faith in God’s promise of a future world, a bright new world beyond the blackness of a great tribulation that will exterminate most of the people presently living.

And the very existence of a dynamic evangelical society at this critical juncture in world history; one modeled after the original congregation; a society devoted to proclaiming God’s long-lost name and his purpose to create a new world; a unique brotherhood composed both of those whose hope is to rule with Christ and those who hope to be his earthly subjects, indicates that the Watchtower Society is as advertised – Jehovah’s organization.

But the more pertinent question is if the Watchtower Society will still be Jehovah’s organization in the future?

The vast majority of Jehovah’s Witnesses are incapable of even considering such a question to be valid, much less so are they inclined to reason upon it or accept the scriptural answer to it. And for that reason, the Watchtower Society must go.

That may sound like an irrational statement. And no doubt Jehovah’s Witnesses – particularly the leadership of the Watchtower Society – will scoff at the mere suggestion that Jehovah is determined to dispose of “Jehovah’s organization,” but it is certain as the coming of Christ.

To appreciate why that is the case Jehovah’s Witnesses merely have to reason upon the great universal issues that we are privy to; namely, God’s sovereignty and our integrity to it. And we know it is God’s purpose to completely settle the challenges raised by the Slanderer.

CONSIDER THE CASE OF JOB 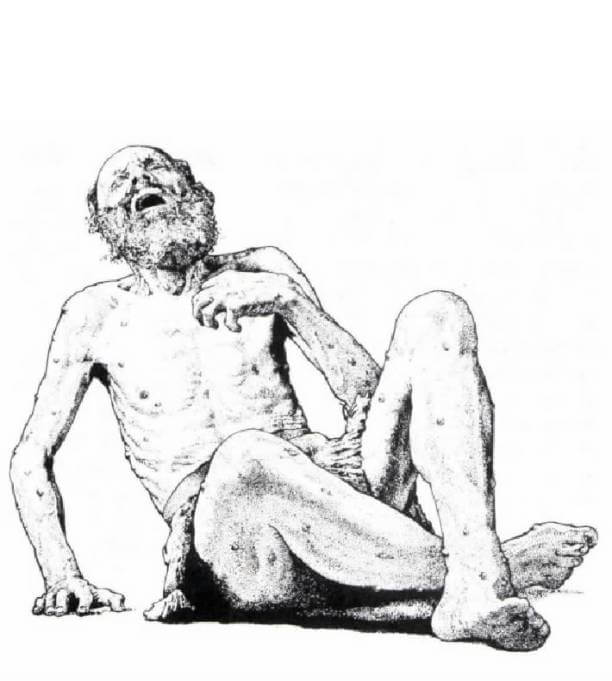 The book of Job allows us to gain access into Jehovah’s heavenly court and listen to an actual exchange between Satan and Jehovah concerning the man Job – that there was none like him on the earth at that time, keeping faith in God. And, of course, Satan accused God of putting a “protective hedge” around Job, which God removed to satisfy the demands of the Accuser.

(It should be noted that Job was not an Israelite. He apparently lived prior to time that God established a covenant with the Hebrews.  Thus, he was not part of any organization. He stood as an individual – a theatrical spectacle to angels and men, as Paul said of Christians.)

We now stand at the threshold of the new world and the end of Satan’s reign. That means the issues have to be settled with finality. And center stage stand those who keep the commands of God and have the work of bearing witness to Jesus. So, God must remove the “protective hedge” around them, that being the Watchtower Society. A similar test came upon the apostles, when Satan demanded to have them to sift them as wheat. Why ought Jehovah’s Witnesses imagine they are exempt from being tested and sifted in an unexpected manner to which they have not been specifically alerted?

Having insight into the overarching issues between Jehovah and Satan we can better appreciate why God has hidden the reality of a future judgment from those who otherwise have been given knowledge. The 57th chapter of Isaiah is addressed to God’s covenanted people living prior to the coming of the Kingdom, wherein God says: “Whom did you become frightened at and begin to fear, so that you took up lying? But I was not the one that you remembered. You took nothing to your heart. Was I not keeping silent and hiding matters? So you were in no fear even of me. I myself shall tell forth your righteousness and your works, that they will not benefit you. When you cry for aid your collection of things will not deliver you, but a wind will carry even all of them away. An exhalation will take them away, but the one taking refuge in me will inherit the land and will take possession of my holy mountain. And one will certainly say, ‘Bank up, you people, bank up! Clear the way. Remove any obstacle from the way of my people.’”

The leadership of the Watchtower Society has certainly taken up lying. They not only lie as regards the secret doings of the legal department, and their secret partnership with the United Nations, but more disconcerting, they promote a deception concerning the very return of Christ. Perhaps the biggest lie is that Jehovah’s Witnesses can only move forward into the new world by dutifully following that which is presently accepted as “Jehovah’s organization.”

But since it can be irrefutably demonstrated that the Watchtower’s 1914 invisible parousia is a fraud, which skews all other applications of prophecy, the Watchtower itself stands as an obstacle that will eventually have to be removed in order to “clear the way” for God’s people to “take possession of my holy mountain.” Jehovah’s so-called “visible organization,” with its printeries, kingdom halls and assembly halls and all the rest, are but a mere “collection of things” that cannot save and will be blown away by the tempest of Jehovah. But those who take refuge in Jehovah – and not in any earthly organization – “will inherit the land.”

“Jesus foretold what would happen in the last days: “There will be great tribulation such as has not occurred since the world’s beginning until now, no, nor will occur again.” (Matthew 24:3, 21) This tribulation will start when Jehovah destroys “Babylon the Great,” the world empire of false religion. He will use human governments to do this. (Revelation 17:3-5, 16) What will come next?”

No doubt when this article is discussed in the congregations around the world the cited verses will be read and Jehovah’s Witnesses will have highlighted the “correct” answer and no one will be aware of the fact that there is absolutely nothing in either Matthew or Revelation that indicates that the tribulation will start when Jehovah destroys Babylon the great. 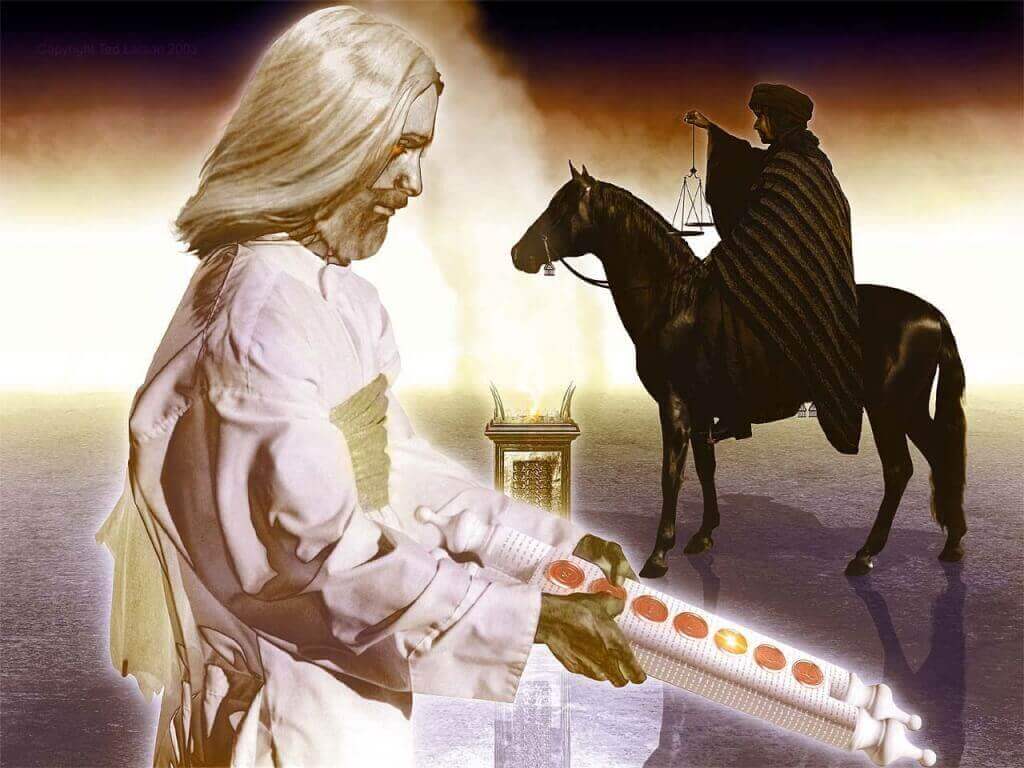 On the contrary, the opening of the sixth seal of the Apocalypse initiates the tribulation, symbolized as the sun going black, the stars falling from heaven, the mountains being rocked and so forth. The Watchtower claims the sixth seal was unsealed back in 1914, but the upheavals of the First World War were only the preliminary temblors of the great, earth-rocking tribulation to come.

Regardless of the obvious absurdity of that line of reasoning, by the Watchtower’s own words it can be demonstrated that they are intentionally lying when they repeatedly declare that the tribulation will begin when Babylon the great is destroyed.

The reason this lie is repeated over and over is because the Watchtower desires Jehovah’s Witnesses to believe that the destruction of typical Jerusalem and the temple prefigures Babylon the great instead of Christ’s congregation. And if Jehovah’s Witnesses were to  recognize that the holy place that is destined for desolation is actually Jehovah’s organization, so-called, then that would mean that when the disgusting thing stands where it ought not then true Christians will be required to flee from the Watchtower Society!

But, again, the Society’s fraud can be easily exposed under the light of God’s word.

Take for example, the eighth chapter of Daniel, which foretells that a king fierce in countenance will bring desolation and trample upon a holy place and throw down Christ’s sanctuary during the final part of the days. This obviously parallels what Jesus foretold regarding a disgusting thing trampling upon a holy place during the conclusion.

The Watchtower, though, claims this took place back during the Second World War. However, the prophecy indicates that the Prince of princes will destroy the king for his bringing the holy ones to ruin.

“The earthly part of God’s organization is moving ahead in many ways. It helps us understand Bible truth more and more clearly. That is exactly what was promised in the Bible: “The path of the righteous is like the bright morning light that grows brighter and brighter until full daylight.”

Since the Watchtower shows no indication that it is concerned about the manifold errors is espouses in the name of Jehovah, it is out of the question that Jehovah’s Witnesses will move forward into the new system following the Watchtower Society. On the contrary, at the coming of Christ the Society will become a massive, potentially lethal stumbling block for all of Jehovah’s Witnesses.

“For Jehovah will rise up as at Mount Perazim;

He will rouse himself as in the valley near Gibeon,

That he may do his deed—his strange deed—

And that he may carry out his work—his unusual work.

Now do not scoff, so that your bonds may not be further tightened,

For I have heard from the Sovereign Lord, Jehovah of armies,

That an extermination has been determined for all the land.” 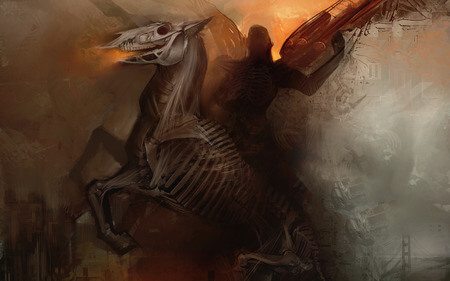