What does it mean to be baptized for the purpose of being dead?

What does it mean to be baptized for the purpose of being dead?

QUESTION:  In 1Cor. 15 (29) Can you tell me what this verse means?  Mormons often cite this as authority for their practice of baptism for the dead.  What does “for the purpose of being dead ones” mean?  How could one have a purpose of being dead?  It is quite confusing for me.

Paul devoted the entire 15th chapter of Corinthians to explaining the resurrection of those in union with Christ – that is to say, the heavenly resurrection – what Revelation calls the first resurrection.

But take note that the Bible also uses “death” in a symbolic sense. 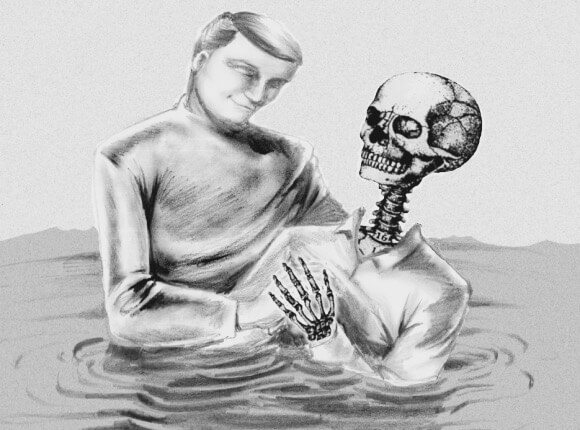 For example, in his other letters Paul referred to having died with Christ and being dead as to the world and its desires. In that respect anointed Christians are “dead” to the world – meaning they seek no permanent place here. The reason Paul wrote that is because those in union with Christ eventually also die as to their life as a human. Whereas, the masses of mankind who will ultimately receive a resurrection will come back to life as humans, those who are called to heaven must leave behind their human life – just as Christ did. So, those are are in spiritual union with Christ must relinquish their life on earth.

This is really what it means to be born again. While the masses of churchgoers use the term “born again” to mean simply a conversion to Christian belief, Jesus used the term to explain something entirely different. Jesus was himself born again. He was the first to be begotten by God to be part of the new creation. That is why at Romans 8:29 Paul referred to Jesus as “the firstborn among many brothers.”

Logically, if one is born again then the person they were formerly no longer exists. They are a new person, at least from God’s perspective. In other words, a person who is born again dies as to their former life. And upon their resurrection to heaven there is nothing of them left behind.

That is what Paul meant by being “baptized for the purpose of being dead ones.”