Look! I Have Forewarned You

Look! I Have Forewarned You

In the last days critical times hard to deal with will be here.—2 Tim. 3:1.

The Bible indicates that wickedness will greatly increase “in the last days.” So we can expect that world conditions, bad as they are now, will continue to decline. But how bad do you expect conditions to become before “the great tribulation”? For example, do you expect that there will be a war in every country, no food on anyone’s table, and illness in every household? Under those conditions, even skeptics would likely feel compelled to admit that Bible prophecy was undergoing fulfillment. However, Jesus said that most people would take “no note” of his presence, carrying on with life’s normal activities until it is too late.  Thus, the Scriptures indicate that world conditions during the last days would not become so extreme that people would be forced to believe that the end is near.

If you are one of Jehovah’s Witnesses no doubt you have read the passage at 2 Timothy 3:1-5 many, many times. But I invite you to read it once more. But this time, please take special note of the wording.

Ask yourself, was Paul intending to say that men will become egotistical, boastful, haughty, unthankful, etc., during the last days? If that is the case, then were these unrighteous characteristics on full display in 1914 as they are now? If not, then why do Jehovah’s Witnesses believe the last days began in 1914?

Be honest with yourself. Is it not true that the world has gradually become more and more unrighteous and ungodly, corrupt and immoral? The older you are the more you have seen the gradual decline of civilization.

But Paul was not saying that the last days will be marked by the gradual decline of morality and Christian values. Nor did the apostle in anyway indicate that “wickedness would greatly increase in the last days,” as the Watchtower asserts in today’s text.  No, the critical times do not unfold over generations. If necessary re-read the passage a few more times. Paul wrote that the last days would be critical times hard to deal because men will be so corrupt.

At the risk of redundancy, Paul did not say men will become wicked during the last days. He said they “will be…” The point is, the stage is set beforehand for the last days to be critical times hard to deal with because the people of the world will have become so thoroughly ungodly, selfish and unloving before the last days commence.

That is where we stand at this present moment. Men are markedly narcissistic. Wall Street rules the world. As a consequence people love money. People are cruel and hateful and greedy. They hate God. They hate truth. All they think about is sex and pleasures. But are these the critical times about which Paul wrote? 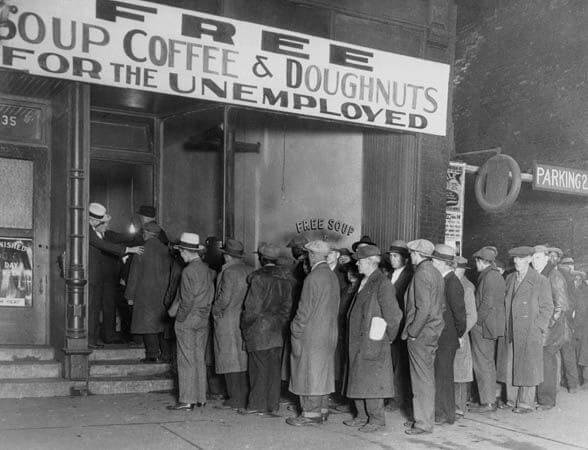 Back during the Great Depression in America there were certainly hard times difficult to deal with. Millions of people were out of work. But people helped each other. The government helped immensely. You no doubt have seen pictures of the soup kitchens. There was no rioting, fire bombing, looting or anarchy. And they got through it.

But look at the situation in America now. (I live in America, so that is my perspective) The nation has has not been this divided since the Civil War. What would happen now if there were another great economic crash and war? Can you see people politely standing in lines waiting their turn for a ladle of soup? 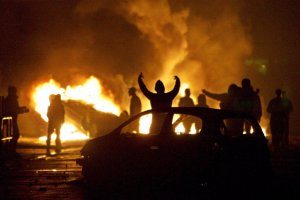 Furthermore, the very expression “last days” implies a relatively short period of time. In fact, the 12th chapter of Revelation uses that exact term in relation to the interval following Satan’s ouster from Heaven. But why would the inspired apostles refer to the period of the “last days” if those days amounted to over over a hundred years?

Although it should be fairly easy to see that the apostle did not say that wickedness would greatly increase in the last days, the discomforting question that confronts Jehovah’s Witnesses is this: How could the Watchtower get it so wrong? The answer is, because the Watchtower exerts a deluding influence over everyone —including the Governing Body. That deluding influence —formerly called “an operation of error” —has but one purpose. Emanating from the Devil himself and backed by every powerful work, lying sign and wonder and every unrighteous deception, the delusion is intended to deceive Christians into believing the lie that Christ has already returned, that Satan has already been thrown down, that the last days have already begun.

The delusion is real and it is very powerful. The lie is so strongly entrenched it is utterly inseparable from the truth in the minds of Jehovah’s Witnesses. And make no mistake, Satan would not go to the trouble of creating and maintaining the delusion if those whom he is permitted to delude were not otherwise in the truth. That is, after all, why God allows the lie to persist, in order to test our love of the truth.

How will that test come about?

Evidently, though, the nations don’t follow the Watchtower’s reasoning. Each passing day brings a new development in the march to war. Over the past few years the Anglo-American empire has encircled both Russia and China with dozens of military bases and missile installations. NATO is on a full-fledged war footing with troops and military equipment right on Russia’s border. Meanwhile the empire has trained, armed and deployed a mercenary army of terrorists, which it pretends to oppose, but which are used to destroy nations and create destabilization around the globe and will likely be used to create false flag operations in the future, as was done on 9-11.

In response both Russia and China have mobilized for all-out war, as has Iran. These facts are widely known and are not fake news or conspiracy theories.

However, even when Jehovah’s Witnesses consider the world’s present precarious situation and the reality of the likelihood of global war in the near future, it still eludes their grasp that the coming war will fulfill the prophecies in a way that 1914 has not. The Watchtower knows better and it sees no significance in these ominous developments. The feverish war preparations underway are not even considered relevant by those who declare themselves to be God’s appointed watchmen. It simply does not fit with their expectation that the next event on the prophetic agenda is that the United Nations is going to destroy organized religion. It doesn’t matter that such a thing is impossible in the present political environment, God can miraculously make it happen. Such is the power of the deluding influence.

Should we imagine that when the nations and kingdoms are plunged into war that the Watchtower will finally get it right, so as to then issue “life-saving directions” for the faithful? No. Just the opposite. We can expect them to double-down, as the expression goes. The coming of Christ will push the man of lawlessness into outright opposition, which is apparently what Paul was alluding to in the same third chapter of Timothy when he forewarned that wicked men and imposters will advance from bad to worse. Referring to two characters that the Hebrew record does not mention, under inspiration Paul wrote: “Now in the way that Jannes and Jambres opposed Moses, so these also go on opposing the truth. Such men are completely corrupted in mind, disapproved as regards the faith. Nevertheless, they will make no further progress, for their folly will be very plain to all, as it was with those two men.”

Although Jannes and Jambres have been traditionally identified as magic-practicing priests within Pharaoh’s court, there is no support for it. It may be that they were Israelites, who like Korah, opposed Moses. Or they may have been non-Israelites like Balaam, the prophet who opposed the Israelites and lured them into committing idolatry and fornication. Whatever, since the context involves developments during the last days, the opposers of Christ —the greater Moses —will undoubtedly come from within Christ’s congregation, just as the wicked and sluggish slave and the man of lawlessness. Those who oppose Jesus when he comes are the foretold antichrists.

Surely, the outright madness of the leadership of the Watchtower will be on full display when everything that Christ foretold begins to unfold. Then false Christs and false prophets will pull out all the stops to deceive, if possible, even the chosen ones. No wonder Jesus said: “Look! I have forewarned you.”

In their war against Christian civilization, the British oligarchy has promoted every sort of perversion and exploited every human weakness. And they are proud of it.

US base to host ‘drag queens’ for children — RT World News