The last days of the Watchtower

The last days of the Watchtower

Speech is part of our daily life, but we do not need to talk all the time. In fact, the Bible says that there is “a time to be silent.” Maintaining silence when others are speaking can be a mark of respect. Controlling our tongue to keep quiet about a confidential matter gives evidence of discretion and discernment. Restraining our tongue when we are provoked is the course of wisdom. On the other hand, the Bible also says that there is “a time to speak.” If a friend gave you a beautiful present, you would probably not store it out of sight. Rather, you would show your appreciation by putting it to good use. We show our gratitude for Jehovah’s gift of speech by using it wisely. That might include expressing our feelings, communicating our needs, sharing words of encouragement, and giving God praise.

The Watchtower has certainly done a lot of talking over the past century and a half. C.T. Russell traveled the world giving lectures and he also spoke to millions through the printed page —his sermons were published in major newspapers around the world; not to mention the PhotoDrama of Creation that he narrated, which was viewed by millions.

Judge Rutherford projected his voice far and wide too, via weekly broadcasts on the-then cutting edge technology of radio. His sermons were also presented on doorsteps throughout America using crank-up phonograph records which Jehovah’s Witnesses developed. Those same recordings were blasted out to the public through megaphones on what was known as sound cars. 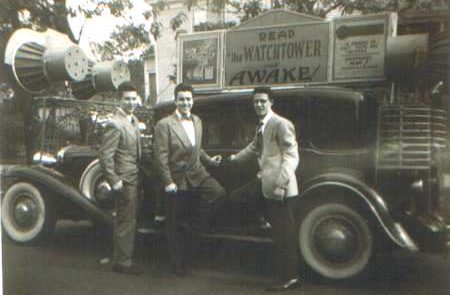 In modern times Jehovah’s Witnesses give weekly “talks” in local congregations —and lager venues like circuit and regional assemblies. The most recent adaptation of technology is JW.org, which connects to the millions of JW’s in the field and puts at their fingertips videos, and the Bible and Bible literature in over 700 languages. It is a powerful resource.

But there will come a time when all the talking will stop. Jesus foretold that very thing when he said ‘and this good news of the Kingdom will be preached in all the world and then the end will come.’ Jesus was not inferring that the world would end and consequently that is why the preaching would stop. The end he was referring to is the end of the Christian era, the end of the preaching and disciple-making work that Jesus assigned to his slaves. It will be the end of talking about the Kingdom.

Elsewhere in prophecy, this “end” of talking can be discerned. The 29th chapter of Isaiah foretells that Jehovah will “bring distress on Ariel, and there will be mourning and lamentation, and she will become to me like an altar hearth of God. I will encamp on all sides against you, and I will besiege you with a palisade and raise up siegeworks against you. You will be brought low; from the ground you will speak, and what you say will be muffled by dust. Your voice will come from the ground like the voice of a spirit medium, and your words will chirp from the dust.”

Ariel is simply another designation for Jerusalem, which in ancient times was the center for the worship of Jehovah —the place where he caused his name to reside. But Ariel becoming the altar hearth of God was an ominous sign for the Jews living there. Instead of their offering up animal sacrifices at Solomon’s temple, the city of Jehovah was going to be cast into the flames, as if sacrificed to God.

The prophecy, of course, has a much broader application than what occurred in ancient times. Indeed, Jesus foretold that enemies would build a fortification of pointed stakes (palisade) around Jerusalem and the holy city would be trampled upon by the nations until the appointed times of the nations ended. And as Jehovah’s Witnesses surely know, the desolation of Jerusalem in the first century was merely a miniature fulfillment of what is to occur during the global great tribulation.

Then Christ will silence Jehovah’s earthly mouthpiece and the voice of the masonic man of lawlessness will chirp from the dust like a voice from the beyond the grave.

Elsewhere in prophecy Jehovah foretells there will come an end to the talk. Here is a passage: “The elders of the daughter of Zion sit on the ground in silence. They throw dust on their heads and wear sackcloth. The virgins of Jerusalem have bowed their heads down to the ground.” —Lamentations 2:4

Hosea has something to say in this regard too: “However, let no man contend or reprove, for your people are like those who contend against a priest. So you will stumble in broad daylight, and the prophet will stumble with you, as if it were night. And I will silence your mother. My people will be silenced, because there is no knowledge.” 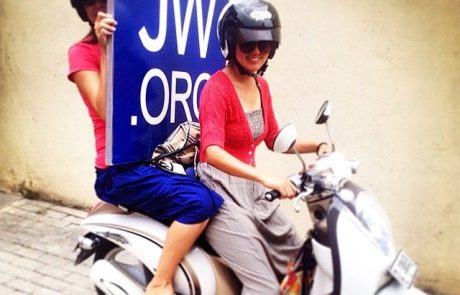 Do not Jehovah’s Witnesses affectionately refer to the Watchtower as their “mother”? They surely do. And because the Watchtower has promoted what might be considered the biggest hoax ever perpetrated —that being the 1914 kingdom-came delusion, the organizational prophet will stumble over the stumbling block he has laid when Christ comes to commence the judgment of the house of God.

There is indeed a time to keep silent. And all of Jehovah’s Witnesses will be silenced when Jehovah speaks.