“And I saw, and look! a pale horse, and the one seated on it had the name Death. And the Grave was closely following him. And authority was given them over the fourth part of the earth, to kill with a long sword and with food shortage and with deadly plague and by the wild beasts of the earth.” — Revelation 6:8

With the recent Russian military operation in Ukraine Jehovah’s Witnesses seem to have growing confidence that the Governing Body’s recent identification of Russia as the king of the north has been validated. The invasion is believed to be a continuation of the prophesied pushing between the two rival kingdoms that supposedly began back in 1914 and has been going on now for more than a century.

Jehovah’s Witnesses should, however, keep in mind that in this dark world of demonically-crafted deceit, relentless propaganda and insidious deep state and secret society intrigue, nothing is as it appears. We are 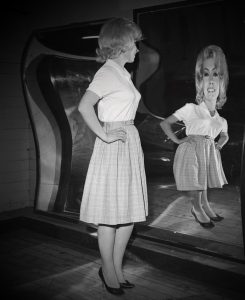 living in a world that is like a house of mirrors. Reality is distorted and bent. It is hard to know what is really going on. And that, of course, is by design. After all, we are not ignorant of Satan’s machinations. Or are we?

To be sure, the enveloping global crises are bringing the prophetic kings of the north and south into an intensified conflict—just not in the way that those who take a simplistic, superficial view of matters may suppose.

The armed conflict in Eastern Europe is creating global shockwaves, not the least of which is the growing threat of a hot war between the nuclear-armed nations. Because the confrontation is fraught with danger the chief of the United Nations recently warned that nuclear war is back in the realm of possibility. 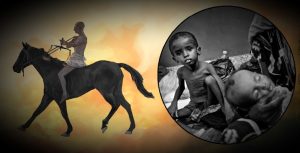 Before war erupted in Ukraine inflation had begun ripping through the economy. Coupled with supply chain disruptions brought on by tyrannical lockdowns and the intentional defunding of oil-related industries under the guise of saving the planet from over-heating, the world now stands on the brink of a catastrophic famine. The sanctions against Russia and the disruption of agriculture in Ukraine are only exacerbating the problem and have ensured that worldwide food shortages are a certainty. As it stands, nearly one-third of available farmland in Ukraine is going unplanted because of the needless strife. Because of the increase in fertilizer costs, rice production is set to decrease threatening half of humanity.

Even with unanswered questions lingering concerning Covid-19 being an intentionally-released biological weapon, the Russian military has uncovered some two-dozen US-funded bioweapons facilities in Ukraine where some of the most deadly microbes known to man are stored. These are not conspiracy theories. Under oath, one high-level official admitted before Congress that the rumors are true. There are also reports of dozens more secret labs in other former Soviet countries. For what purpose? Think about it.

We ought to face the facts, as Judge Rutherford once challenged the world to do in the lead up to WW2. The horsemen of the Apocalypse are assembled for battle and wait only for the pre-determined day and hour to be unleashed upon an unsuspecting world.

It is noteworthy that in the Bible book of Revelation war, food shortages, deadly plagues and Death are symbolized by horses with human riders. What is the significance of that? Obviously, war is always brought on by men, but down through history famines and food shortages, as well as periodic disease epidemics, have usually been regarded as “natural” phenomena, although that is not to imply that human folly and short-sightedness have not played a role. 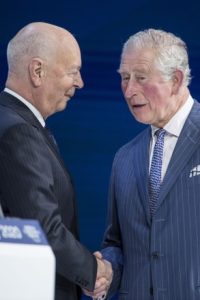 However, now the billionaires of the world—the so-called globalists grouped around the City of London and the British Monarchy—have adopted a Green New Deal scheme to deliberately reduce food production. Population reduction has always been the foundational policy of the British Crown. Already, common fertilizer is becoming unaffordable for some farmers. The price of diesel fuel is sky-rocketing too. Like it or not, dirty petroleum is the lifeblood of the present civilization and its availability is being deliberately destroyed. Without an abundant supply of cheap oil and the many and varied products derived from it, like fertilizer, it is not possible to support the present population of eight billion souls. The most wealthy and powerful men in the world intend to bring about a massive depopulation of planet earth.

As regards the war in Ukraine, I would hope that the watchers at Bethel have not been deluded by the CIA-MI6-controlled mainstream media propaganda. For example, the media claims that Putin is indiscriminately bombing hospitals. The truth is, the Azov battalions are holed up in schools and hospitals and have deliberately stored weapons in civilian areas making them legitimate targets in Putin’s campaign to de-militarize and de-nazify Ukraine. Keep in mind that the Anglo empire claimed that Iraq was developing nuclear weapons. It was a lie. As a result of that lie, thousands of Iraqis were killed. More recently the same warmongers funded and trained ISIS terrorists and unleashed them against Syria. They claimed Syria had used poison gas. It too was a lie and the killing continues to this day.

All during the presidency of Donald Trump, the media ran non-stop stories of how Trump colluded with Putin to steal the election. It was a colossal fabrication now proven to have been funded by Trump’s political opponent with the direct involvement of London’s MI6. 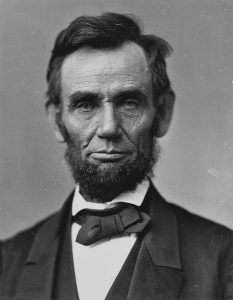 The truth is, the Anglo war machine slated Ukraine for destruction many years ago as a means to attack Russia. The Maidan Square eruption in 2014 is regarded as the most blatant coup ever orchestrated. Immediately after the regime change in Kyiv the Russian language was outlawed in Ukraine, which has resulted in the largely ethnic Russian population of the Donbas region and Crimea increasingly looking to Moscow for protection.

Before and since the 2014 coup, billions of dollars of military equipment and as well as British and American military trainers have flooded into Ukraine. The final provocation took place shortly before Russia launched the invasion on February 24. The Azov battalions, the ultranationalist neo-Nazi followers of Stephen Bandera, unleashed a withering bombardment of the breakaway republics. OSCE’s special monitoring mission in the Donbas originally verified the atrocity before they were pulled out 10 days before the Russians intervened, for their own protection, of course. 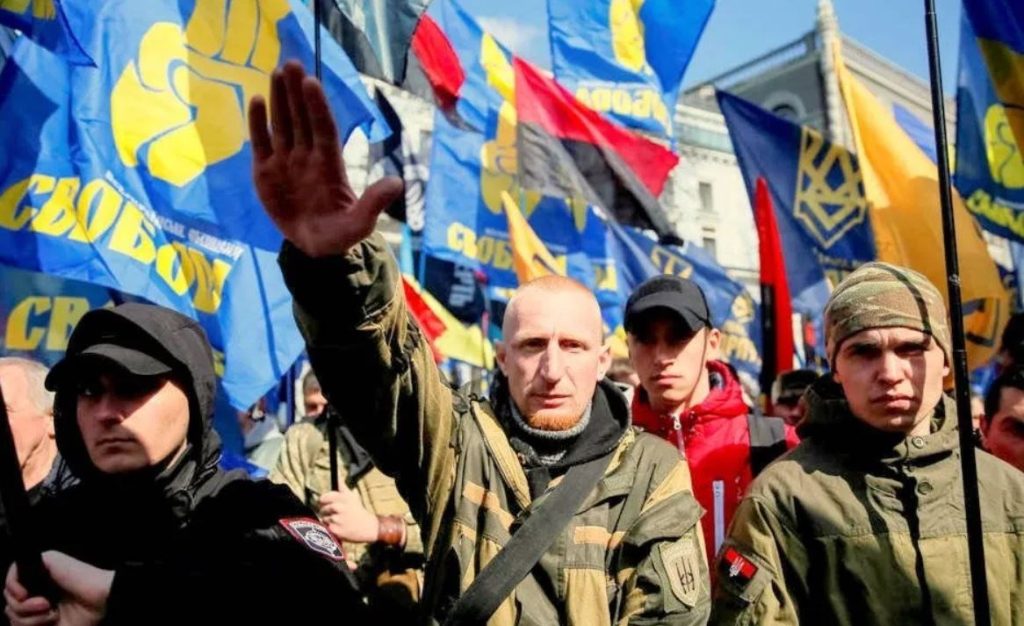 If the Governing Body is interested in cutting through the fog of war perhaps some of the representatives of the European NGOs set up by the Watchtower might inquire of their contacts in the Organization for Security and Cooperation in Europe (OSCE) as to facts of the matter.

The truth is, the Anglo empire has carefully planned and provoked this military confrontation. Contrary to appearances, it is not a war between Ukrainians and Russians. It is a proxy war between The United States and Russia promoted by the British. Listen carefully to the rhetoric of politicians and their media mouthpieces. They are now calling for more direct NATO involvement in Ukraine. Surely, such would be the trigger for world war.

While the stated intention of the West is the destruction of Russia, and for certain an all-out effort is underway to crush Russia economically and initiate a regime change in that massive nation that possesses untold mineral wealth, the real target is ostensibly the United States. With London’s global financial system on continued life support since the 2008 crash, the central bankers know that another multi-trillion-dollar bailout of their global casino is politically impossible. And continued quantitative easing will cause inflation to turn into hyperinflation in a very little while. The debt-bloated system has reached its terminal end.

To ensure that the American government does not awaken from its stupor and use its immense power to shut down the hopelessly bankrupt Wall Street Ponzi scheme, all the Queen’s men have been deployed to thrust the break-away American colony into a war that it will not survive.  The Anglo king of the north is determined to crush republicanism once and for all and impose a banker’s dictatorship.

Are you sure we are living deep into the time of the end? Are you certain the horsemen of the Apocalypse have already been unsealed?

This Kingdom Bulletin is being electronically distributed to several hundred elders. It is also being snail-mailed to Governing Body members and branch offices of the Watchtower Society around the world, along with the brochure: The Second Coming of Christ – What Will It Mean for You?