King of the North Will Show No Regard…

King of the North Will Show No Regard…

QUESTION: Daniel 11:37 states:“He will show no regard for the God of his fathers.” Does that mean that Jehovah was the God of the forefathers of the King of North, because here it is mentioned with a capital “G” for God? Or, is it because the King of North is a group of world financiers who are Jewish in origin, whose God was also Jehovah? Please Explain this.

To fully appreciate the long-running struggle between the king of the north and south we must go back to the time when Daniel was still in Persia. In the 10th chapter, Daniel went without fancy food, meat, and wine for three weeks, while he supplicated God for wisdom. Finally, at the end of a 21-day period, an angel came to him in a glorious manifestation (a foregleam of Christ’s parousia) and explained that he heard the prophet’s prayer from the start, but the prince of Persia had resisted him.

As Jehovah’s Witnesses know, the prince of Persia could not have been a human prince. No mere earthling could prevent a powerful angel of Jehovah from carrying out an assignment. The prince had to have been one of the principalities of evil in the heavenly places – one of Satan’s angels. But Michael, himself one of the foremost princes, ultimately assisted the angel in his fight.

The reason this is important to consider is because the angel that appeared to Daniel went on to relate to him the future history of the king of the north and south. But prefacing that revelation the angel revealed that he had already stood up as a strengthener of the Persian King, Darius. So, while the demons may exert considerable influence over the rulers of the kingdoms of the world, the angels have at times intervened and fought to assist certain human agencies if they were being used to accomplish some aspect of God’s will.

But it is interesting that even though the Jews were captives in Babylon and Persia after Babylon was overthrown, both kingdoms were forced to acknowledge the supremacy of Daniel’s God. For example, after Daniel was delivered from the lion’s den King Darius issued an edict declaring that all persons throughout the royal realm of Persia should tremble before Daniel’s God.

After the Jews rebuilt Jerusalem they were always under foreign domination throughout the dominion of the Diaspora.  When the Messiah appeared Israel was under the control of the Roman Empire, which by then had become the king of the north. The king of the north also suppressed Christianity. In fact, Jesus was executed by the order of a representative of Rome, as were untold numbers of his followers in the decades that followed. 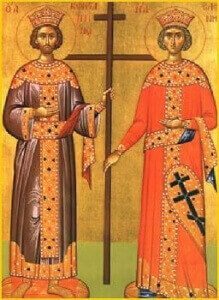 Ultimately, in the fourth century the Roman emperor, Constantine, succeeded in gaining control over Christianity so that it became incorporated into the empire as the official religion of the realm. Even after numerous divisions and iterations of the empire, Christendom was always there – eventually expressed as Catholicism, Orthodoxy, Lutheranism, Protestantism and Anglican. During the era of colonization, the religion associated with the Bible was spread far and wide.

And even with all of its notorious deeds and atrocities, the empire has even been the unlikely preserver and promoter of the Bible. Even in modern times Europe and especially the Anglo-American powers are considered Christian. For example, the flag of England and the empire’s Union Jack are based upon Christendom’s cross. It is a fact that the nations have shown great respect to the churches, and also Jewry, giving them preferential treatment in the form of tax breaks and other honors and privileges.

In this way the king of the north has paid homage to the God of his forefathers – both the God of the Jews – Daniel’s God – and the God of Jesus and the original disciples – He being the same God.

Especially under the protective umbrella provided by America and the great freedoms guaranteed under its Constitution, Jehovah’s Witnesses have been able to thrive and do the work of God in this recent period, as if behind the scenes Jehovah’s angel has also stood up as a strengthener for the American kingdom against the tendency of the empire to crush any expression of true Christianity.

So, in view of the fact the Roman Empire and its many offshoots have been inseparably yoked to Christendom from the beginning, and the current manifestation of the king of the north is undoubtedly the British Empire – the currently sitting empress of that empire also serving as the titular head of the Anglican Church – in what way might we expect the words of God to come true? First, here are the relevant passages of prophecy:

“The king will do as he pleases, and he will exalt himself and magnify himself above every god; and against the God of gods he will speak astonishing things. And he will prove successful until the denunciation comes to a finish; because what is determined must take place. He will show no regard for the God of his fathers; nor will he show regard for the desire of women or for any other god, but he will magnify himself over everyone. But instead he will give glory to the god of fortresses; to a god that his fathers did not know he will give glory by means of gold and silver and precious stones and desirable things. He will act effectively against the most fortified strongholds, along with a foreign god. He will give great glory to those who give him recognition, and he will make them rule among many; and the ground he will apportion out for a price.” 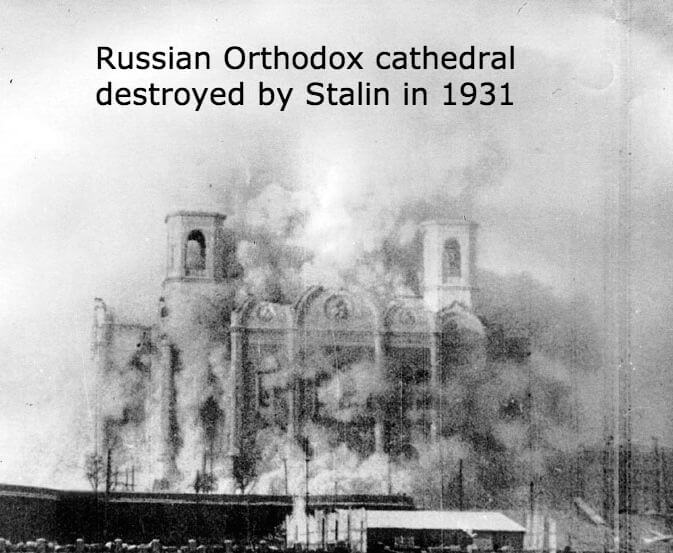 More than a half-century ago the Watchtower identified the USSR as the modern expression of the king of the north. At the time it seemed very insightful. That was because all religion was banned throughout the Soviet Union. The once politically powerful Russian Orthodox Church was suppressed. Some of its churches were destroyed. It certainly seemed as though the prophecy was fulfilled in that the Soviet system showed no respect for the God of his forefathers, and also, in the aspect of the USSR giving honor to the god of fortresses through its emphasis on building a massive military.

Then in 1991 something completely unexpected happened. The mighty Union of Soviet Socialist Republics was unceremoniously disbanded. Islam began to flourish once again in the southern republics of the former USSR and Russian Orthodox quickly came back to prominence in the Motherland.

Although the Watchtower will never admit their error, and after numerous flubs, gaffs and goofs, it has apparently gotten out of the prophecy game altogether, which is probably for the best, it ought to be obvious to thinking Jehovah’s Witnesses that the USSR was never the king of the north. How could it have been, since the prophecy states that the “king will prove successful until the denunciation comes to a finish”?

Although the British Empire has been the ostensible promoter and protector of its particular “Christian” franchise – for example, King James authorized the production of a Bible version that was introduced in 1611 that became the standard throughout the English-speaking world for centuries – it has also subtly promoted a foreign god. How so? 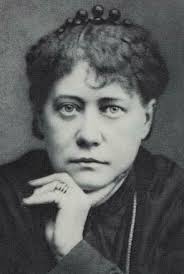 Back at about the time Charles Taze Russell and the anointed Bible Students suddenly came on the world stage in the late 1800’s an occultist visitor from Russia – one Madam Blavatsky, captivated certain leading lights in London with her esoteric Secret Doctrine. Hence, Pantheism became the secret religion of the British elite and has ever since been promoted through masonic channels – growing into the modern New Age movement today. Most interestingly, pantheism is the official religion of the United Nations.

But is this the fulfillment of the prophecy? No – for the simple reason that the king of the north still shows regard for the God of his forefathers at this present moment. Something must change first before the prophecy may be fulfilled. And what is that?

The portion of Daniel quoted above foretells that the king of the north will ultimately speak astonishing things against the God of gods. That aspect of prophecy is reiterated in Revelation the 13th chapter, which states: “It was given a mouth speaking great things and blasphemies, and it was given authority to act for 42 months. And it opened its mouth in blasphemies against God to blaspheme his name and his dwelling place, even those residing in heaven.”

The “it” is, of course, in reference to the seven-headed wild beast; specifically, the revived head that was slaughtered. That the revived beast is allowed to speak great blasphemies against God – even blaspheming his personal name – it is evident that the resurrected head of the beast and the final manifestation of the king of the north are the same entity. Since there is nothing in history that can be pointed to as proof that the Anglo-American duo have suffered anything approximating the sort of collapse betokened by the death stroke to the seventh head of the beast, it must be concluded that the prophecy of the king of the north speaking astonishing things against the God of his forefathers has not been fulfilled either.

Since the miraculously revived beast gives the command to create an image of the beast and it brings the image to life, it is apparent that the revival of the soon-to-be-killed Anglo-American system will not be in the form of the present, familiar nation-states, but rather a totalitarian government, that will then transfer national sovereignties to a supranational authority, an empire, also known as the eighth king. That will bring an end to the king of the south. This last king – likely in the form of a greatly empowered United Nations – will show no regard for the God of his forefathers by destroying the established institutions associated with it, symbolized in Revelation as the destruction of Babylon the Great.