KEEP ON THE WATCH!

KEEP ON THE WATCH!

Because Jesus directed the parable of the ten virgins to his anointed followers, should we conclude that this passage contains no benefit for Christ’s “other sheep”? Far from it! Remember, the message of the parable is simple: “Keep on the watch.” Does that apply only to the anointed? Jesus once said: “What I say to you, I say to all: Keep on the watch.” Jesus requires all his followers to prepare their hearts for faithful service and to meet the same standard of watchfulness. So all Christians follow the lead set by the anointed in this regard, imitating their good example and putting the ministry first in life. The vain request of the foolish virgins to have the discreet ones give up some of their oil reminds us that no one can be faithful for us, can stay in the truth for us, or can keep on the watch for us. Each of us will answer to the righteous Judge whom Jehovah has appointed.

When Jesus exhorted his disciples to stay on the watch, he likened his unexpected coming to being burglarized by a thief in the night. At Luke 12:39 Jesus said to them: “But know this, if the householder had known at what hour the thief would come, he would not have let his house be broken into. You also, keep ready, because at an hour that you do not think likely, the Son of man is coming.”

Jesus used the same analogy in the third chapter of Revelation, saying: “Therefore, continue mindful of how you have received and how you heard, and go on keeping it, and repent. Certainly unless you wake up, I will come as a thief, and you will not know at all at what hour I will come upon you.”

In both instances Jesus was speaking to his anointed disciples, warning them to be ready for his unexpected coming and inspection. As in the instance of a literal burglary, a person who is not prepared stands to suffer loss. Certainly that will be the case for some, as illustrated in the parable of the wise and foolish virgins. The foolish virgins will not be prepared and will be locked out of the marriage feast.

Paul also used the same symbolism, forewarning that Jehovah’s day is coming as unexpectedly as a thief in the night, adding that destruction will descend whenever it is that they are saying “peace and security.”

As already considered in this article, though, there is some question whether Paul may have originally included the Tetragrammaton in his epistle to the Thessalonians. It is possible that he simply wrote that the Lord’s day is coming exactly as a thief in the night, which would be in keeping with what Jesus had said earlier. Not that it makes a great deal of difference since Jehovah’s day and the day of Christ are the same thing; except, in the minds of Jehovah’s Witnesses they are not the same. The Lord’s day is believed to have begun over 100 years ago, and far from coming at a time thought unlikely by believers, Jehovah’s Witnesses are continually reminded that C.T. Russell was able to divine through a combination of pyramidology and Bible chronology the exact day, month and year of his arrival —It being October 2, 1914.

No doubt the reason Christ’s coming is destined to be at a time his disciples think unlikely, and consequently the foolish virgins unprepared, is because they are laboring under the delusion that he has already come; that the judgment of the house of God is history and his parousia with them is ongoing.

But alas, all things have not been fulfilled. In fact, the time of the end has not even begun. That is why the Watchtower has no idea of the identity of the king of the north, for example.

Jesus twice reiterated his exhortation to keep on the watch after his discussion of the events connected with the sign of his presence and the conclusion of the system. So, it is reasonable to conclude that Jesus’ disciples would be watchful of world events. Most assuredly that was true of the first century Christians living in Jerusalem under Roman domination.

Again, according to the Watchtower all the things Jesus foretold have already occurred, although the Governing Body also contradictorily admit that not all the things Christ foretold have come about. For example,over the span of decades during the so-called Cold War the WT taught that men were faint with fright in expectation of the things coming upon the world, as Jesus foretold. But now that development has been reset to the future. It may seem like a relatively trivial matter, but in light of the fact that Jesus assured his followers that they would see all these things occur —and only then would they know for certain that the Lord was near at the doors, it is not possible for any person to see all these things occur, according to the Watchtower’s doctrine anyway.

The inescapable fact is, in the Watchtower’s prophetic scenario it is not possible for any individual at this point in time to see all these things occur since, obviously, no one presently alive personally witnessed the First World War or the Spanish Flu. However, it is possible for everyone living now to see all these things come to pass in the future. And that brings us back to Paul’s prophesy: “Whenever it is that they are saying, “Peace and security!” then sudden destruction is to be instantly on them, just like birth pains on a pregnant woman, and they will by no means escape.”

Regarding Paul’s expression “just like birth pangs on a pregnant woman,” it is noteworthy that Jesus similarly said: “For nation will rise against nation and kingdom against kingdom, and there will be food shortages and earthquakes in one place after another. All these things are a beginning of pangs of distress.”

The primary reason the Watchtower has stated that there will not be another world war is because it is realized that any war between the nuclear powers would inevitably involve nuclear weapons at some point. In other words, it would result in “sudden destruction” after the preliminary pangs of distress.

As it stands, presently the Anglo-American duo are frantic to demonize Russia and punish Putin for his intervention in Syria. All the nations of NATO on one side, and Russia and China on the other, have been in a heightened state of military preparedness. Some observers and military men believe that war is inevitable. Indeed, it is. 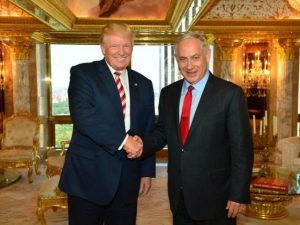 To compound matters, at least as far as the Empire is concerned, the incoming president is on record saying he will talk with Putin. That is not acceptable to the war hawks angling for a fight with Russia. Not only that, Trump wants to obtain the personal glory for bringing peace to the Middle East. It is possible that some sort of peace in the Middle East could be the necessary precursor for nation rising against nation, culminating in the crash of civilization. (See news item Netanyahu: Looking Forward To Working With Trump On Twin Interests Of Peace, Security)

Yes, nothing short of total collapse is what is foretold. To underscore the absurdity of the Watchtower’s 1914 dogma, supposedly all of the seven seals of the symbolic scroll containing all the judgments of God were unsealed back in 1914. Sure enough WWI happened right on time, but a curious thing has happened with the opening of the sixth seal. The sixth seal symbolizes the total collapse of the governmental system, which Jesus also spoke of as occurring after the tribulation, when the sun, moon and stars fail. While the WT insists the seal was removed, obviously no such crash has occurred over the recent century.

Given the Watchtower’s obliviousness to what is taking place and their cocksureness that Christ has come, it behooves Jehovah’s Witnesses to take to heart the admonition to keep on the watch.