This article was originally posted in January 2011

The overlaying theme of Isaiah; indeed, of virtually all the prophets, is the unfaithfulness, subsequent destruction of the faithless and punishment for the erring; then, the restoration and ultimate salvation of a chastened remnant.

When it comes to salvation, people generally think in terms of their own salvation. But from God’s standpoint, his purpose has always been tied to a nation – a covenanted group, a congregation of people – an organization, if you please.

Thus, the salvation God accomplished in times past was in behalf of an erring nation of people – Israel. (For simplicity Israel and Judah are here considered as one nation even though in Isaiah’s day they were two separate kingdoms.) And the reason God extended salvation to the Israelites was not primarily for their benefit, but God did it for his own name’s sake.

Since Eden God’s stated purpose has been to produce the serpent-stomping seed of the woman – the Messiah. Eventually, it was revealed that the seed would come through the offspring of the children of Abraham – specifically, the tribe of Judah and the House of David were chosen. But by the time of the writing of Isaiah the kingdom of Judah and its capital, Jerusalem – the blessed city where Jehovah had placed his name – had become morally and spiritually corrupt. They were in no condition to receive their promised messianic king.

In the fifth chapter of Isaiah the prophet published an illustration, likening Judah and Jerusalem to a vineyard of God’s planting and through Isaiah Jehovah addressed his people, saying to them: “And now, O you inhabitants of Jerusalem and you men of Judah, please judge between me and my vineyard. What is there yet to do for my vineyard that I have not already done in it? Why is it that I hoped for it to produce grapes, but it gradually produced wild grapes? And now, please, may I make known to you men what I am doing to my vineyard: There will be a removing of its hedge, and it must be destined for burning down. There must be a breaking down of its stone wall, and it must be destined for a place of trampling. And I shall set it as a thing destroyed.”

It would seem as if the destruction of God’s symbolic vineyard would thwart his intention to introduce the Messiah to the world through his nation. No so. Jehovah would spare a cleansed remnant, and by means of them his purpose would ultimately be accomplished.  That aspect of God’s purpose is clearly revealed in the preceding chapter of Isaiah, which states: “In that day what Jehovah makes sprout will come to be for decoration and for glory, and the fruitage of the land will be something to be proud of and something beautiful for those of Israel who have escaped. And it must occur that the ones remaining in Zion and the ones left over in Jerusalem will be said to be holy to him, everyone written down for life in Jerusalem. When Jehovah will have washed away the excrement of the daughters of Zion and he will rinse away even the bloodshed of Jerusalem from within her by the spirit of judgment and by the spirit of burning down, Jehovah will also certainly create over every established place of Mount Zion and over her convention place a cloud by day and a smoke, and the brightness of a flaming fire by night; because over all the glory there will be a shelter. And there will come to be a booth for a shade by day from the dry heat, and for a refuge and for a hiding place from the rainstorm and from the precipitation.” 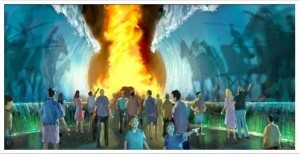 As already stated, the destruction of God’s organizational vineyard does not thwart his purpose – far from it. The burning down of the city actually accomplishes Jehovah’s purpose; as it results in a purge of the faithless and the cleansing of a remnant who escapes. The prophecy of Isaiah uses imagery that harkens back to the exodus of Israel from Egypt when God led the nation by means of a billowing cloud during the day and an immense torch-like flame at night. This indicates that God resumes his role as leader of a chastened nation. But as already established in preceding articles of this series, since the prophecy of Isaiah was earmarked for an ultimate realization during “the final part of the days,” what might the symbolic vineyard symbolize now?

The Watchtower’s commentary on Isaiah states:

Therefore, Isaiah’s condemnation of Judah applies today to Christendom. A study of her history—her wars, her crusades, her Inquisitions—reveals just how sour her fruit has been! Nevertheless, the true vineyard of anointed Christians and their “great crowd” companions must heed Isaiah’s words. If they are to please the vineyard’s owner, they must, individually and as a group, produce fruits that please him.

Although not stated explicitly, according to the Watchtower’s inchoate commentary Jehovah apparently has two vineyards: One that produces fine fruit and another that produces sour grapes, which supposedly pictures Christendom. But that is not what is conveyed in the prophecy at all. There is only one vineyard that God declares to be his own. What is more, the Watchtower claims that those who survived the modern-day burning down of the one vineyard were the relative handful of International Bible Students associated with the Watchtower during the First World War. Obviously, though, there is nothing in the recent history of God’s people that compares with the burning down of Jerusalem.

But as regards the Watchtower Society’s commentary quoted above, God does not solely indict his nation for bloodshed, as the Watchtower implies by their citing Christendom’s bloody history. God also condemns his people for their unrighteous attitudes and practices, as will be considered. Even at that, though, the leadership of the Watchtower Society well knows that bloodguilt may be incurred by means other than the outright spilling of blood in warfare. For example, in order to motivate Jehovah’s Witnesses to preach, the Watchtower teaches that any negligent minister may incur bloodguilt. And what about stumbling others? Surely that would incur bloodguilt too. And in that respect, the Watchtower Society has incurred bloodguilt in a way that is not possible for Christendom. How many millions of Jehovah’s Witnesses and those on the periphery of the organization have been stumbled by the countless stumbling blocks too numerous to recount here, which the Society has left strewn in the path of life since its inception?

Jehovah has good reason to rinse away even the bloodshed of the modern-day Jerusalem with the spirit of judgment and of burning down!

Now consider God’s denunciation as expressed in the fifth chapter of Isaiah. “For the vineyard of Jehovah of armies is the house of Israel, and the men of Judah are the plantation of which he was fond. And he kept hoping for judgment, but, look! the breaking of law; for righteousness, but, look! an outcry.” 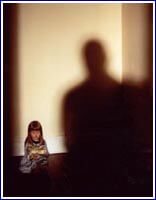 Back in the 1st chapter of Isaiah Jehovah warmly invites his people to let him set them straight. In the verse preceding that invite God gave this exhortation:  “Learn to do good; search for justice; set right the oppressor; render judgment for the fatherless boy; plead the cause of the widow.”

Since, as stated here repeatedly, and even as Jehovah’s Witnesses well know, the prophecy of Isaiah is really directed to the Christian Israel of God, as is evident by the opening verses of the second chapter: “And it must occur in the final part of the days.” So, it is in that final phase of Jehovah’s purpose to produce a people for his name that he sets matters straight with his erring nation – or congregation if you prefer. And to place a finer point, God’s requirement for his worshippers to plead the cause of orphans and widows is just as binding upon Christians and especially elders today as it was when the Law was promulgated thru Moses.

If then, according to the context of Isaiah, it will become necessary for God to set matters straight in “the final part of the days,” so as to make their scarlet and crimson-colored sins as white as snow and wool, it must be that his people have missed the mark when it comes to their obligation of setting right the oppressor and rendering judgment for the fatherless boy and pleading the cause of the widow. These are the judgments that God kept hoping would exist within his organizational vineyard; but instead, upon his inspection, he finds the breaking of law and an outright outcry!

Now consider: The Watchtower Society claims that God set matters straight with them back in 1918 and the Society’s “prophets” have cleverly redirected all other negative aspects of Jehovah’s judgments against “Israel” to Christendom. They have led Jehovah’s Witnesses to believe that God rinsed away the excrement of their Babylonish ways a long time ago. But in the years since then, particularly in recent decades, it has become apparent that no such cleansing has taken place. How so?

What about the thousands of pedophiles among Jehovah’s Witnesses and their thousands of victims? Could Jehovah possibly pardon the leadership of an organization that has calculatingly shielded pedophiles from exposure under the guise of protecting Jehovah’s name from being reproached; thereby leaving children vulnerable to the cunning of known child predators?

So what if Jehovah’s Witnesses have rejected pagan doctrines like eternal torment, the immortal soul, and the trinity? That does not exempt one from practicing the weightier things of the law, such as the aforementioned obligations to set right the oppressor and render judgment for the fatherless boy and widow, does it?

It does not matter if leading men among Jehovah’s Witnesses have declared the organization to be righteous in the sight of God. It is Jehovah’s judgment that counts. And Jehovah is inclined to listen to the outcry of the lowly, the meek, the brokenhearted, the disaffected and oppressed – rather than to the corporation’s spokesmen and prominent men who wield authority over them.

Whereas Jehovah’s law requires the leaders of his people to plead the cause of the afflicted, the Watchtower’s legal team has done the opposite – they have placed themselves as formidable legal opponents of children who have been raped and abused by Jehovah’s Witnesses. Instead of pleading their cause, the Watchtower has been their adversary at law. After years of filing trivial motions to derail justice, only when faced with the potential of massive damages in court and negative publicity has the Watchtower been forced to settle with plaintiffs. (Watchtower Documents)

Not only that but to their shame, in actual court briefs the Watchtower’s lawyers have claimed that Christian elders bear no fiduciary responsibility to protect children in their respective congregations from the crimes of a fellow congregant. Obviously, Jehovah has another perspective on that.

For these and other reasons, God is now determined to set fire to his vineyard.