The Grand Master among Jehovah’s Witnesses

The Grand Master among Jehovah’s Witnesses

QUESTION: You’ve written at various times about the influence of Masonry within the Watchtower organization over the years, so I would like to have your thoughts on a recent adjustment in the New World Translation. In the 1984 edition, at Hosea 12:14, the NWT translators chose to use “Grand Master,” and likewise at Malachi 1:6 we see the same usage. This has since been adjusted in the 2013 edition, where the Watchtower organization reverts to the more common “lord” seen across Bible translations. Is this change to hide the Masonic influence at work, an attempt to correct it’s influence, or a “nothing-burger”?

Those are interesting questions, for which I have no definitive answer. Not being a Watchtower insider I cannot speak with any authority on such matters. Although, as one viewing matters from afar, given the masonic influence over the Watch Tower from the beginning and the fact that the coven of Masons within the organization now seem to be more emboldened then they have been since the days of Russell, it does not seem to me that the Masons are making any attempt to hide their presence. Quite the contrary. That being the case, I think we can rule out that the revision was an effort to conceal masonic influence. Perhaps some few remaining righteous brothers ditched the masonic jargon.

Apparently the justification for the expression “Grand Master” is based on the fact that the original word for lord is plural, denoting majesty. Still, given the insidious masonic presence in the Bethel establishment it seems hardly coincidental that the chosen phrase —Grand Master —is also an honorary title among freemasons. The same masonic influence is on display in the use of the term “learners.”

(By the way, the other day someone sent me a link to a brief YouTube video that makes the case that “Caleb” and “Sophia” —the names of the Watchtower’s little cartoon “learners” —also happens to be the names of two masonic lodges in the US. “Caleb Butler” being the official name.) 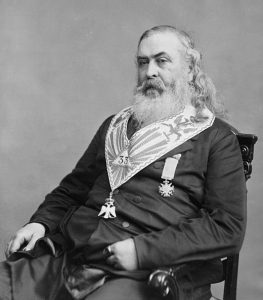 Freemasonry, in all its branches, is a religion. However, it is not a Christian religion, but traces its origins to the darkest mysteries of Babylon and Egypt. In modern times Freemasonry is run by the British Crown, especially since the American Civil War and the prominent satanist, Scottish Rite Mason, Albert Pike —of three world wars fame.

Freemasonry appears to be the mechanism by which the beast infiltrates and subverts important and influential institutions —including religions. Freemasonry is the means by which the harlot seduces the kings of the earth. That would certainly explain the recently-deceased Billy Graham’s friendship with every American president since Harry Truman. Given the masonic influence emanating from Bethel it is no wonder the Watchtower was involved in a secret partnership with the United Nations for 10 years. 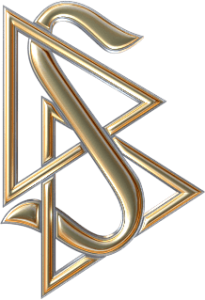 Numerous modern religious movements were started by high-ranking Masons. That includes the Latter Day Saints, otherwise known as Mormons. The Church of Scientology uses masonic symbols as its logo. Adventist sects, which heavily influenced Russell, have their masonic rumors. It would certainly be an extraordinary thing if the Watchtower were not infiltrated by London’s masonic agents.

In his letters to the seven symbolic congregations that would be on earth prior to his return, Jesus reveals the presence of a character called Balaam, “who taught Balak to put a stumbling block before the sons of Israel, to eat things sacrificed to idols and to commit sexual immorality.”

Like an iceberg, the masonic presence in the heart of the organization is far more extensive than the mere visible symbols with which they choose to reveal themselves –subliminals included. Given the fact that the harlot of Babylon also commits sexual immorality with the kings of the earth, it should not be supposed that the modern “Balaam” within Christ’s congregation promotes literal sexual immorality; but rather, spiritual. Although, the policy of shielding pedophiles from exposure and prosecution is certainly a form of promoting perverse sexual immorality, Balaam’s influence is also discernible by his teaching the “learners” how to worship the organization. And undoubtedly Balaam’s influence is exerted among his peers, teaching them to seek friendship with the men of influence in the world.

We may expect the Grand Master among Jehovah’s Witnesses to accomplish his task to bring ruin. In regards to him, during the initial phase of Christ return Jehovah’s true sons speak through Isaiah at a point in the future, saying: “For your palms are polluted with blood and your fingers with error. Your lips speak lies, and your tongue mutters unrighteousness. No one calls out for righteousness, and no one goes to court in truthfulness. They trust in unreality and speak what is worthless. They conceive trouble and give birth to what is harmful. They hatch the eggs of a poisonous snake, and they weave the cobweb of a spider. Anyone who eats their eggs would die, and the egg that is crushed hatches a viper. Their cobweb will not serve as a garment, nor will they cover themselves with what they make. Their works are harmful, and deeds of violence are in their hands. Their feet run to do evil, and they hurry to shed innocent blood. Their thoughts are harmful thoughts; ruin and misery are in their ways. They have not known the way of peace, and there is no justice in their tracks. They make their roadways crooked; no one treading on them will know peace. That is why justice is far away from us, and righteousness does not overtake us. We keep hoping for light, but look! there is darkness; for brightness, but we keep walking in gloom. We grope for the wall like blind men; like those without eyes we keep groping. We stumble at high noon as in evening darkness; among the strong we are just like the dead.” —Isaiah 59:3-10