AND THEN THE END WILL COME

AND THEN THE END WILL COME

QUESTION: Why do you think the end hasn’t come yet? What is the purpose of allowing the present system to continue? What is Jehovah actually waiting for to bring this miserable system to an end? It is disheartening, to say the least, that 2017 is upon us and this wicked system is still in charge.

The short answer is God is patient, as the apostle Peter wrote: “Jehovah is not slow concerning his promise, as some people consider slowness, but he is patient with you because he does not desire anyone to be destroyed but desires all to attain to repentance.”

Likely you know the next verse though, which says: “But Jehovah’s day will come as a thief, in which the heavens will pass away with a roar, but the elements being intensely hot will be dissolved, and earth and the works in it will be exposed.”

So, again we are reminded that Jehovah’s day, or the day of the Lord, will come as unexpectedly as a thief. And, for whatever it is worth, according to Paul the thief-like coming of the end will be immediately preceded by their saying “peace and security.”

Jesus spoke of the things that must occur before the end, saying: “But the one who has endured to the end will be saved. And this good news of the Kingdom will be preached in all the inhabited earth for a witness to all the nations, and then the end will come.” 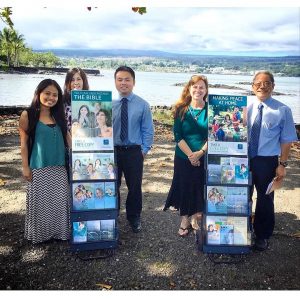 In furtherance of answering the question as to why the end has not come yet, it is obviously because the good news of the Kingdom has not been preached to the extent that God desires. How much longer will it go on? It is impossible to say. However, as the traditional door-to-door ministry becomes less and less effective, it seems to me that the Watchtower has made great strides in recent years through the promotion of the information cart campaigns and by means of JW.org, which has made information available in over 700 languages. Given the fact that even so-called undeveloped nations now have limited access to the World Wide Web, the sheer scope of the Watchtower’s multi-language global outreach is nothing short of phenomenal and has been recognized as such. (What is the world’s most translated website?)

However, because Jehovah’s Witnesses are laboring under the deluding influence, there is also considerable confusion as to what the future holds. For instance, Jehovah’s Witnesses likely assume when Jesus spoke of the good news being preached and then the end will come, that he was speaking about the end of the system at Armageddon. But that is not the case.

Back in 1981 an article appeared in the August 1st issue of the Watchtower entitled Harvesting in the Time of the End, in which a distinction was made between two Greek words —synteleia and telos. Synteleia is translated as conclusion of the system of things in the NWT, and “end of the age” or even “end of the world” in some translations. But the article makes the point that synteleia is not an absolute end —as is signified by telos —but is a period immediately preceding the end; hence, in the Hebrew/Aramaic text “time of the end” is the equivalent expression. Interestingly, the ancient Greek translation of the book of Daniel (Septuagint) used the word synteleia where the expression time of the end appears in modern English.

Of course, the Watchtower insists that the time of the end and the conclusion of the system began in 1914 and has been ongoing over more than a century and it is believed that the end (telos) will terminate, punctuate the conclusion. However, it appears the Watchtower has it turned around. The end that comes after the good news has been preached in all the inhabited earth is not the end of the world. It is the end of the preaching and disciple-making work and the beginning of the relatively short period of time known as the conclusion of the system —the harvest.

That “the end” is not necessarily the end of the world is evident in the use of the word in the 7th chapter of Ezekiel, where Jehovah commanded his watchman to say to Israel: “An end! The end has come upon the four corners of the land. The end is now upon you, and I will unleash my anger against you, and I will judge you according to your ways and call you to account for all your detestable deeds…Look! A calamity, a unique calamity, is coming. An end is coming; the end will come; it will rouse itself against you. Look! It is coming. Your turn has come, you who inhabit the land. The time is coming, the day is near. There is confusion and not joyful shouting on the mountains.”

The end that came upon Israel was obviously not the end of Israel as a nation. It was the end of the wickedness and idolatry that prevailed. Most interesting, Jehovah entered into judgment with his wayward people by means of “the sword, and famine and pestilence.” —Ezekiel 7:15 The sword, famine and pestilence are the exact same ordering of the opening of seals two thru four in Revelation. And Jesus foretold that war, famine and pestilence would mark the beginning pangs of distress during the conclusion or time of the end.

While Jehovah’s Witnesses are compelled to believe that the First World War and the Spanish Flu fulfilled the sign, no one can explain how that war and ensuing pandemic may have accomplished Jehovah’s judgments. It is also considered to be impossible that war, famine and pestilence could come upon the world in the future since that doesn’t fit into the Watchtower’s 1914 dogma. But needless to say the coming of Christ will bring an end to the Watchtower’s 1914 deception and the end of the preaching of the good news.

And that is really another reason God has let it go on, in order to allow presumptuousness and wickedness to come to full bloom among the leadership of Jehovah’s Witnesses, as stated in the seventh chapter: “Look, the day! Look, it is coming! Your turn has come; the rod has blossomed and presumptuousness has sprouted. Violence has grown into a rod of wickedness. Neither they nor their wealth nor their crowds nor their prominence will survive. The time will come, the day will arrive.”

Simultaneous with the accelerated work of preaching the good news, the Watchtower’s own sins are coming to light more and more. Most assuredly, the time will come, the day will arrive when Jehovah will require an accounting.