The Coming Rise & Fall of Babylon

The Coming Rise & Fall of Babylon

This article was originally published July 11, 2011.

The sudden overthrow of Babylon stunned the ancient world. The event is one of the centerpieces of Bible prophecy, having been foretold by Isaiah, Jeremiah, and Daniel – the reason being, Babylon had been an unwitting instrument in the hand of Jehovah to smash all the nations surrounding, including the kingdom of Judah and the very city where Jehovah had placed his name – Jerusalem. For that reason – to humble Babylon and her gods – Jehovah was also obligated to order mighty Babylon’s overthrow by King Cyrus and the Medes and Persians.

The entire13th chapter of Isaiah relates God’s judgment against Babylon – or does it? A cursory reading of the prophecy might lead one to that conclusion – as the Watchtower Society has concluded – but, a comparison of this portion of Isaiah with the prophecies of Joel and Habakkuk ought to lead to a different conclusion.

For certain, the opening words of the prophecy say: “The pronouncement against Babylon that Isaiah the son of Amos saw in vision.” However, verse three states: “I myself have issued the command to my sanctified ones. I have also called my mighty ones for expressing my anger, my eminently exultant ones.”

While the opening words of this portion of Isaiah’s vision is against Babylon, the sanctified ones who are called to express Jehovah’s anger do not appear to be the Medo-Persian avengers. Instead, those mighty ones are the Babylonians themselves. The prophecy is presenting the reason why God will ultimately overthrow Babylon; because, even though God used them to express his anger, those “eminently exultant ones” were not godly avengers. God merely used a rapacious empire to do what it was naturally inclined to do anyway.

As regards God issuing a “command to my sanctified ones,” through Habakkuk God similarly states that he has called to the Chaldeans, of whom Habakkuk writes: “O Jehovah, for a judgment you have set it; and, O Rock, for a reproving you have founded it.”

Keep in mind that while the prophecy of Habakkuk ostensibly speaks of the Chaldeans executing God’s judgments, the vision of Habakkuk is “yet for the appointed time,” that is to say, for the time of the end, the conclusion; which, is also evident from the context of Habakkuk, particularly the third chapter, which portrays God coming down from heaven at Armageddon. (See chapter: Habakkuk)

What should be of the utmost interest to God’s servants today is what is recorded at Isaiah 13:4-5, which states: “Listen! A crowd in the mountains, something like a numerous people! Listen! The uproar of kingdoms, of nations gathered together! Jehovah of armies is mustering the army of war. They are coming from the land far away, from the extremity of the heavens, Jehovah and the weapons of his denunciation, to wreck all the earth.”

If the above passage speaks merely to the fall of ancient Babylon, why ought the prophet say that Jehovah’s army of war is commissioned to “wreck all the earth”? The conquest of Babylon in 539 BCE may have rocked the nations of the Middle East, but it seems greatly exaggerated to say that Cyrus or Babylon wrecked all the earth back then.

Verse 13 also seems to overstate the fall of Babylon, saying: “That is why I shall cause heaven itself to become agitated, and the earth will rock out of its place at the fury of Jehovah of armies and at the day of his burning anger.”

The Watchtower Society recognizes that the fall of Babylon foreshadows an earth-shaking event to occur during the day of Jehovah; however, Jehovah’s Witnesses presently believe that the fall of Babylon occurred in 1918. Supposedly, modern Babylon exists in the form of Christendom and all other forms of organized religion. Bethel states the following in their Isaiah’s Prophecy commentary:

Since 1919 the message has sounded around the earth: “Babylon the Great has fallen!” When she was unable to hold God’s people in captivity, she experienced a fall. Soon she will be completely destroyed.

Laughably, the Watchtower actually teaches that God brought punishment upon the Bethel leadership in 1918 because they compromised with governmental censors by removing a few offending paragraphs from the Finished Mystery book, a book that has long since been discarded as worthless nonsense. (The WT no longer teaches that God punished the Bible Students)

Jehovah’s Witnesses believe that the Greater Cyrus, Jesus Christ, liberated the International Bible Students from captivity to Babylon the Great, even though there were only eight Bible Students who were actually incarcerated at the time.

Granted, the persecution of the Watchtower Society back then was fomented by the clergy, but surely Rutherford and company getting out of jail on bail hardly parallel the grand deliverance the Jews experienced when Cyrus captured Babylon and then opened the way for them to return and rebuild Jerusalem.

Since Isaiah’s prophecy against Babylon places it in the context of the day of Jehovah, it ought to be clear that the prophecy does indeed foreshadow something of much greater significance than what took place two and a half millennia ago. But the question to consider is if the ancient Chaldean empire actually foreshadows Revelation’s Babylon the Great. After all, Babylon was a formidable military force that conquered, plundered, and subjugated many nations and peoples by the edge of the sword; whereas, Babylon the Great misleads the world through her spiritism and commits fornication with the kings of the earth. 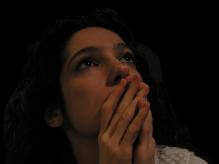 “Howl, you people, for the day of Jehovah is near! As a despoiling from the Almighty it will come. That is why all hands themselves will drop down, and the whole heart itself of mortal man will melt. And people have become disturbed. Convulsions and birth pains themselves grab hold; like a woman that is giving birth they have labor pains. They look at each other in amazement. Their faces are inflamed faces.”

At Joel 1:5-6 God similarly calls for his people to howl because of their having been overrun by invasionary forces: “Wake up, you drunkards, and weep; and howl, all you wine drinkers, on account of sweet wine, for it has been cut off from your mouths. For there is a nation that has come up into my land, mighty and without number.”

And as with Isaiah, Joel also describes the event as the precursor to the day of Jehovah, saying at Joel 1:15: “Alas for the day; because the day of Jehovah is near, and like a despoiling from the Almighty One it will come!”

Also, the imagery of Joel 2:6 is nearly identical with the passage of Isaiah quoted above – “Because of it, peoples will be in severe pains. As for all faces, they will certainly collect a glow of excitement.”

There are other parallels. Isaiah 13:9-11 states: “Look! The day of Jehovah itself is coming, cruel both with fury and with burning anger, in order to make the land an object of astonishment, and that it may annihilate the land’s sinners out of it. For the very stars of the heavens and their constellations of Kesil will not flash forth their light; the sun will actually grow dark at its going forth, and the moon itself will not cause its light to shine.”

Joel 2:1-2 reads: “Blow a horn in Zion, O men, and shout a war cry in my holy mountain. Let all the inhabitants of the land get agitated; for the day of Jehovah is coming, for it is near! It is a day of darkness and gloominess, a day of clouds and thick gloom, like light of dawn spread out upon the mountains.”

Since there is only one day of Jehovah, the prophecy of Joel and the prophecy of Isaiah must be speaking to the same event – an event that far exceeds in severity anything that happened in the ancient past.

An interesting aspect of the prophecy of Joel, unlike all the other Hebrew prophecies (excepting portions of Daniel), Joel had no minor fulfillment in connection with ancient Judah or Jerusalem, yet it foretells that God will destroy the nations and save “Jerusalem” during the day of Jehovah.

Any sober reading of the prophecy of Joel ought to be understood to be depicting a global calamity that brings an end to the ministerial work of God’s people and sends them reeling in confusion. (See chapter: Joel) That being the case, and in view of the obvious parallels, the 13th chapter of Isaiah must likewise relate to a greater Babylon acting in the capacity of Jehovah’s appointed executioner.

One other important connection worth noting. Ezekiel and Jeremiah foretold that God’s judgments would come upon Jerusalem from out of the north. Daniel likewise foretells of a king of the north who will overrun God’s decorated land during the climatic time of the end. Also, during the time of the end, the king fierce in countenance directs his world conquest in all directions, except the north, indicating that he also attacks from out of the symbolic north. Ezekiel likewise prophesied of a symbolic Gog attacking God’s sanctuary from out of the remotest parts of the north during the final part of the days. Isaiah also depicts God’s avenger as smoke from the north. Lastly, the symbolic locust onslaught that is destined to devour the world is also called “the northerner.”

All of these entities attacking from the north symbolize the same thing. Putting these pieces of the prophetic puzzle together reveals that the 13th chapter of Isaiah is depicting Babylon, not as the world empire of false religion, but as the short-lived eighth king of Revelation, symbolized as the seven-headed scarlet-colored beast from the abyss; which, to be sure, will initially have the harlot of Babylon seated upon it, but as part of its world-wrecking work in behalf of Jehovah, will ultimately devour her.

But before the harlot is destroyed, the last king is destined to trample Jehovah’s earthly organization. That is the topic of the next installment of Isaiah.