Child Baptism – Why it is Wrong

Child Baptism – Why it is Wrong

Who of you wanting to build a tower does not first sit down and calculate the expense to see if he has enough to complete it?—Luke 14:28.

Every year thousands of young people around the world get baptized. Christian parents and elders in the congregation want to make sure that such young ones make a decision that is not only voluntary but also well-founded. The steps of dedication and baptism are the start of a life during which Christians will experience blessings from Jehovah but also opposition from Satan. Therefore, Christian parents take time to teach their children what is involved in being a disciple of Christ. In the case of young ones who have no Christian parents, the elders in the congregation will lovingly help them to count the cost of discipleship. Just as it takes planning to complete a building project successfully, so it requires preparation to serve Jehovah faithfully “to the end.”

Every year thousands of young people around the world get disfellowshipped. Short of being incarcerated in a correctional facility it is probably the most devastating punishment that can be inflicted on a young person. That is because at the most formative time in their lives they are suddenly cut off from supportive family and friends and publicly branded as persons unworthy of life. And why is this cruel punishment imposed upon them? Because they were baptized as Jehovah’s Witnesses when they were young.

The question really is, why do parents even allow their children to be baptized? Why subject them to a possible judicial inquiry and cutting off if they happen to succumb to the desires incidental to youth? As the day’s text exhorts, it is wise to count the cost.  And make no mistake, the cost imposed by the Watchtower may be severe!

Would a parent allow their child to get married when they were 15 or 16 or younger —assuming it was even legal? Children aren’t allowed to drive cars or drink alcohol, vote, work a regular job, join the military, watch certain movies without parental guidance, and a host of other things, until the reach a certain age of accountability. Why then does the Watchtower encourage and promote child baptism, which is considered the most important and far-reaching commitment a person can enter into?

The Watchtower has frequently attacked the Catholic Church’s practice of infant baptism on the grounds that legitimate baptism requires that a person knowingly, willingly make a commitment to God and Christ. Infants cannot possibly do that. But can a child? 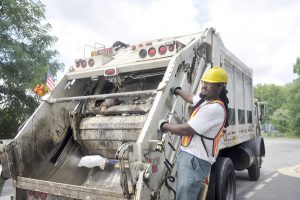 Children typically have unrealistic and fantastical ideas of what they want to be when they grow up. For example, when I was about five years old I wanted to be a garbage man. I thought it was the coolest thing to hang on the side of a truck as it rolled down the street. But obviously, children’s desires change as they mature. That’s why schools provide guidance counselors to help them choose the right courses in order to reach their goals. That being true, why does the Watchtower allow children as young as seven and eight to enter into a binding commitment to God?

This is not to suggest that children ought not be trained as Christians. Not at all, Christian parents are obligated to bring their children up in the mental regulating of Jehovah. A child can show their godly devotion by obeying their parents and even becoming an unbaptized publisher. But baptism? What scriptural precedent is there for such a thing? There is none. There is not one single instance in the Greek Scriptures of a child being baptized. (Paul referred to Timothy as a child and one who knew the Scriptures from infancy, but he was likely in his late teens or early 20’s when the elders laid their hands upon him and he began working alongside Paul.)

The fact is, the Watchtower did not always promote child baptism. It is a relatively recent phenomena that began in the 1980’s. Since then younger and younger children have been baptized. But why? Given the fact that the Watchtower regulates virtually every aspect of the spiritual lives of Jehovah’s Witnesses, child baptism would not be in vogue if it were not promoted by Bethel. Quite likely it is a scheme to pad the numbers of official publishers to offset the exodus of the hundreds of thousands of Jehovah’s Witnesses who have become disillusioned and disgusted with the Watchtower.

Given the Watchtower’s callous disregard for the safety and welfare of all the children among the thousands of congregations of Jehovah’s Witnesses that have been subjected to the Society’s lawyer-formulated child abuse policies, which have resulted in untold harm to far too many innocent lives, we should not expect the Governing Body to show any regard for the tender lives that are crushed by disfellowshipping baptized teen offenders.

What is the solution? Simple. God is going to destroy the present organization. Their lawyers, head hunters and bean counters and prophets will be out of work. In its place a new organization —the Kingdom of God. The second chapter of Micah lays it out, the concluding verses say: “I will certainly gather all of you, O Jacob; I will surely collect the remaining ones of Israel together. In unity I will place them, like sheep in the pen, like a flock in its pasture; it will be noisy with people.’ The one breaking out will go before them; they will break out and pass through the gate and go out by it. Their king will pass through before them, with Jehovah at their head.”

The Watchtower frequently applies this passage to the present grouping of Jehovah’s Witnesses. But such cannot possibly be the case. The gathering and collecting of the remaining ones of “Israel” comes in the aftermath of a terrible destruction. Verses 8-10: “But lately my own people have risen up as an enemy. You openly strip off the majestic ornament with the garment from those passing by confidently, like those returning from war. You drive the women of my people out from their delightful houses; from their children you take away my splendor forever. Get up and go, for this is no place of rest. Because of uncleanness, there is destruction, grievous destruction.”

How true, the leadership of Jehovah’s Witnesses have changed into enemies of God. They no longer consider it their solemn duty to render justice to the weak and vulnerable, the proverbial widows and fatherless boys. No, women and children alike are sacrificed upon the organizational altar. Only a “grievous destruction” can set matters straight.

More on the book of Micah and its application to Jehovah’s Witnesses.