Calamity looms from the north, a great disaster

Calamity looms from the north, a great disaster

A continuation of the exploration of Jeremiah

An invasion from the north may be considered to be an important sub-theme of Hebrew prophecy, particularly the books of Jeremiah and Ezekiel. And, of course, the prophecy of Daniel, which designates the invader as the king of the north.

Here is a sampling from the book of Jeremiah beginning with the first chapter: “Out of the north the calamity will break loose against all the inhabitants of the land. For ‘I am summoning all the families of the kingdoms of the north,’ declares Jehovah, ‘And they will come; each one will set up his throne at the entrance of the gates of Jerusalem…” — Jeremiah 1:14-15

“Raise a signal toward Zion. Seek shelter, and do not stand still, for I am bringing in calamity from the north, a great crash.” — Jeremiah 4:6

“Take shelter, O sons of Benjamin, away from Jerusalem. Blow the horn in Tekoa; light a fire signal over Bethhaccherem! For a calamity looms from the north, a great disaster.” — Jeremiah 6:1

“This is what Jehovah says: ‘Look! A people is coming from the land of the north, and a great nation will be awakened from the remotest parts of the earth.”’ — Jeremiah 6:22

“Listen! A report! It is coming! A great pounding from the land of the north, to make the cities of Judah desolate, a lair of jackals.” — Jeremiah 10:22

“Raise your eyes and see those coming from the north. Where is the flock you were given, your beautiful sheep? What will you say when your punishment comes from your close friends whom you cultivated from the start? Will not birth pains seize you, like those of a woman giving birth?” — Jeremiah 13:20-21

The disaster from out of the north took the form of the armies of Babylon. Although geographically the city of Babylon was located to the east of Jerusalem there was a vast desert that separated the two kingdoms. Instead of marching through a hostile wilderness the invaders followed the Euphrates River to the northwest to a point directly north of the land of Palestine. From there they marched south. Or, out of the north.

It is important to note that the invasion didn’t just happen. True enough, empires are always looking to plunder new lands, that is what empires do, but this particular military campaign was different. It was sanctioned by Almighty God. It was as if God awakened the Chaldeans, summoning them to get on the march!

In the brief prophecy of Habakkuk, after being informed of the ruthless, unstoppable Chaldeans, the prophet said to God: “O Jehovah, you appointed them to execute judgment; My Rock, you established them for punishment.” At Jeremiah 25:9 Jehovah even refers to Nebuchadnezzar as “my servant.”

In what sense was Babylon a close friend of the leaders of Judah, as mentioned in the 13th chapter of Jeremiah, cited above? Perhaps it is a reference to the occasion when King Hezekiah unwisely showed the rising king of Babylon all the vast treasures of his house. Hezekiah’s friendship with the king of Babylon prompted Jehovah to send Isaiah to the king of Judah with the following message: “Hear the word of Jehovah, ‘Look! Days are coming, and all that is in your own house and that your forefathers have stored up down to this day will actually be carried to Babylon. Nothing will be left,’ Jehovah has said.” — 2 Kings 20:16-17

It was not just Jerusalem that came under God’s judgment. As the city of Jehovah Jerusalem was just the first. That is why God posed the unsettling question to the kings of the earth: “For, look! it is upon the city upon which my name is called that I am starting off in bringing calamity, and should you yourselves in any way go free of punishment?” — Jeremiah 25:29

The same pattern applies in the finale. Judgment begins first with the house of God.

In the 25th chapter of Jeremiah the prophet was ordered to symbolically pass the cup of denunciation to all of the nations. They were all going to drink the cup of Jehovah’s wrath—including Babylon! That’s right, once God had finished wrecking the world with the Chaldean military Babylon itself would be destroyed. “And all the kings of the north who are near and far away, one after the other, and all the other kingdoms of the earth that are on the surface of the ground; and the king of Sheshach himself will drink after them.” — Jeremiah 25:26

“Sheshach” was a cryptic name for Babylon. (See Insight volume) And history reveals that Babylon was toppled by the combined armies of the Medes and Persians under King Cyrus. In Isaiah, Jehovah refers to Cyrus as his anointed ones—meaning, that Cyrus prefigures Christ when he comes against the eighth king.

The Watchtower recognizes that Babylon has a prophetic significance but they have never figured out what it portrays. Back in 1979, the Watchtower Magazine featured a series of articles on Jeremiah. This article claims that the military force of Babylon prefigures Jehovah’s heavenly army of angels. Humorously, the same article also posits that the city where Jehovah placed His name and where judgment will begin is modern-day Christendom. But if Babylon represents Christ and his angelic army then what is the meaning of Cyrus overthrowing Babylon and liberating God’s people? Obviously, the seers don’t quite have things in focus.

To underscore their folly the Watchtower ran an article explaining the significance of Nebuchadnezzar’s conquest of Egypt, which Jehovah likened to a towering cedar tree that was felled by a collective of the tyrants from the nations. Supposedly the giant cedar represents all the nations that will be destroyed in the battle at Armageddon. And what is pictured by the tyrants of the nations?

So, then, for cutting down the symbolic “cedar in Lebanon” that still dominates the earth, who will be Jehovah’s instrument that will do a work like that of the “despot of the nations,” or the “strangers, the tyrants of the nations,” back in the prophet Ezekiel’s day? It will not be Jehovah’s Christian witnesses, who today number just some two million scattered among 210 lands around the globe. They are not despotic, not tyrannical, and strike no terror in people’s hearts, for which reason they are openly persecuted as a helpless, defenseless religious minority. Not a puny earthly instrument, but a mighty heavenly instrument is what Jehovah will use. Jehovah’s instrument is the glorified Jesus Christ and his armies of heavenly angels. (WT 5-15-77 para 13-14)

In other words, Jehovah’s Witnesses are not tyrannical, but Jesus Christ is!

The reason the Watchtower realizes that Babylon has a modern counterpart is because the destruction wrought by ancient Babylon is connected with the day of Jehovah. For example, Ezekiel 30:3-4 states: “For the day is near, yes, a day of Jehovah is near. It will be a day of clouds, an appointed time of nations. A sword will come against Egypt…”

On the one hand, Jehovah’s Witnesses whole-heartedly believe that the eighth king will do the work of God by destroying Babylon the Great. To be sure, it takes a lot of faith to believe that because it is beyond the grasp of most believers to comprehend how the eighth king will acquire the power and authority to destroy religion on a global scale, as if in one day. Think about it, what would happen if the United Nations suddenly outlawed religion? The answer is: Nothing.

The reason the pieces of the Watchtower’s prophetic jigsaw are all askew and do not allow one to see the correct picture as it appears in Scripture is because of the 1914 delusion. After all, supposedly the eighth king has already ascended from the abyss, even though by all accounts the United Nations is a paper tiger.

In reality there is a great crash coming from the north. Already the king of the north has set events into motion. A lab-borne pestilence has been released upon the world to make way for a bioweapon in the form of forced vaccinations. Due to financial distortions, the wealth of the wealthiest one percent has doubled in the last few months while small businesses have been destroyed by totally unnecessary lockdowns.

Under the guise of saving the world from carbon dioxide Prince Charles has organized more than 100 top banks and the massive BlackRock private equity firm—together wielding control over $30 trillion in assets—have colluded to choke off financing for all energy-producing companies.

Back after the Wall Street crash of 2008 Goldman Sachs CEO, one Lloyd Blankfein, boasted that bankers were “doing God’s work.” He was onto something.

Already fertilizer producers are failing, which is an ominous portent. Think food shortages. As a result of decades of financial manipulations inflation has spilled over from the casino economy to the real economy. Still, the money spigots are open full bore, which means in a short while hyperinflation will ignite and destroy the value of money. The only way to prevent it is by raising the artificially low-interest rates, which would collapse the casino and bankrupt thousands of massively indebted corporations and nations. America is by far the most indebted nation on earth. Just a small increase in the cost of financing the already unpayable debt would land the nation into receivership. So, the die is cast. It is either hyperinflation or instantaneous bankruptcy. I expect the latter.

And simultaneous with the impending global financial collapse NATO and the US are accelerating provocations with Russia, sending warships into the Black Sea, arming Ukraine on Russia’s border, and promoting conflict in other nations bordering Russia. Russia has already warned the West not to cross the red line or there will be a harsh, kinetic response. And then there is China.

World War One was sparked by a lone assassin. The world now is a giant powder keg and it certainly appears as if the fuse has already been lit. Jehovah is summoning the destroyers to get to work. 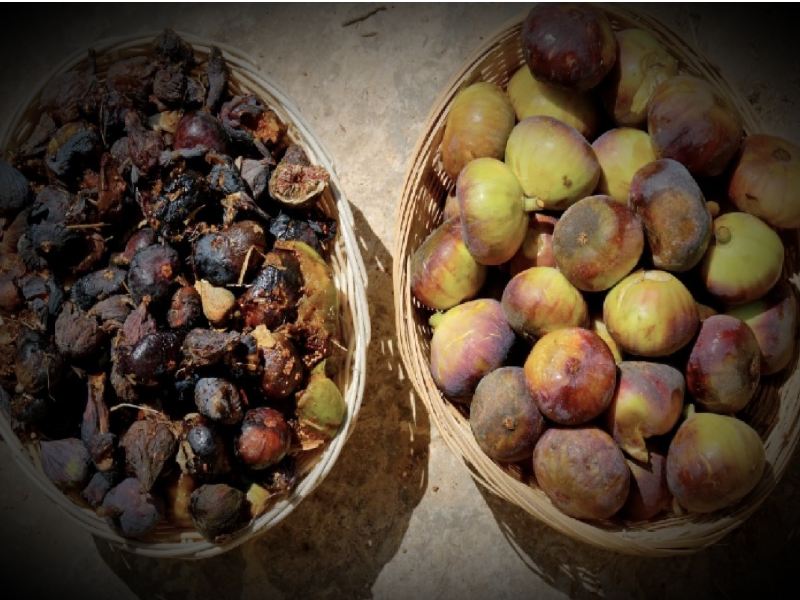 I did not speak to them, yet they prophesied 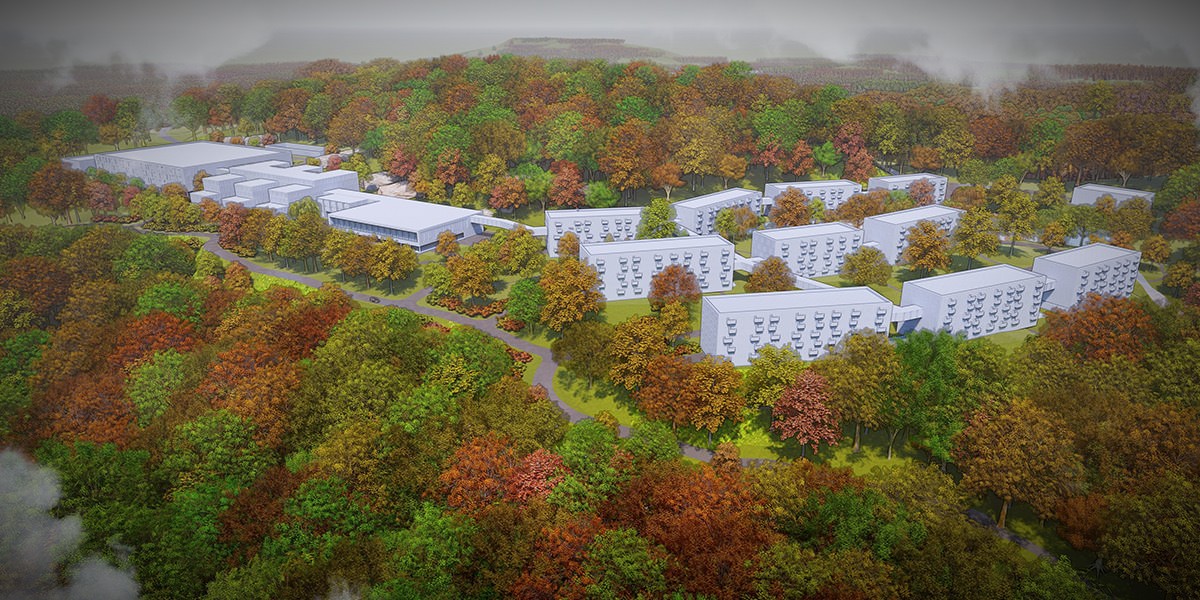 Oh you who dwell nestled among the cedars 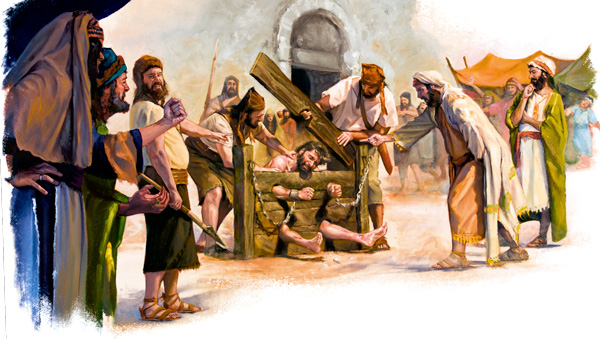 Jehovah has named you: Terror All Around 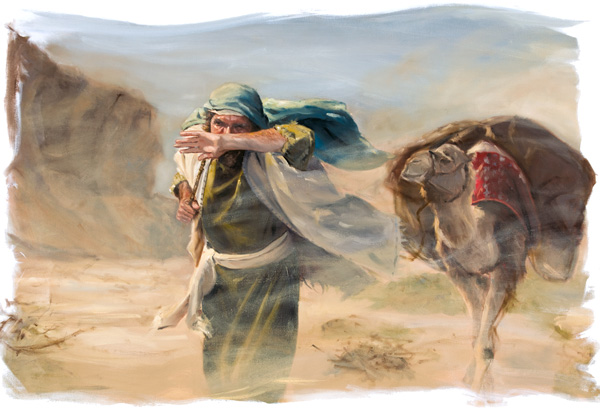 I am devising a scheme against you 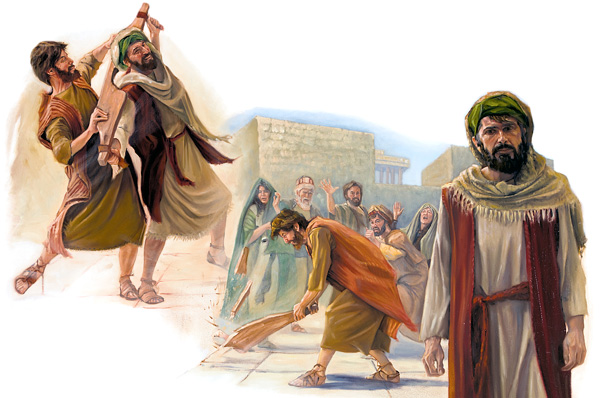 You have caused this people to trust a lie 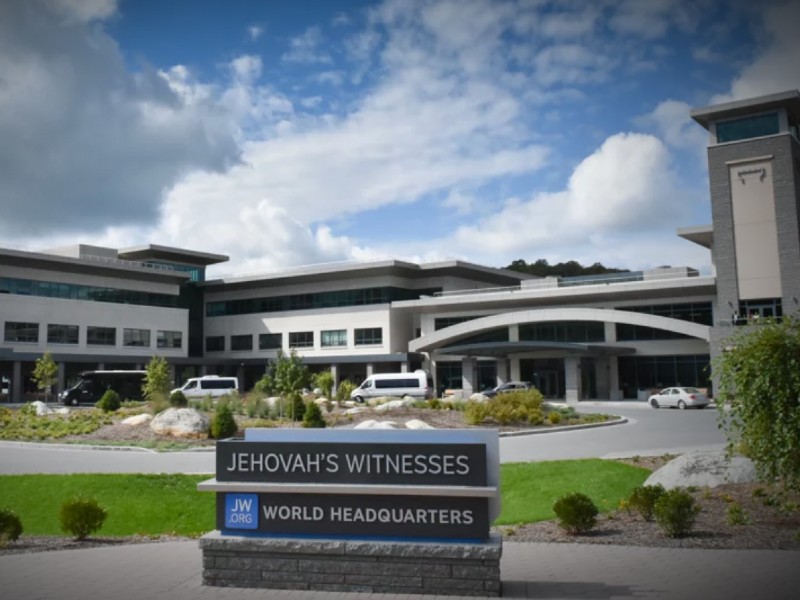 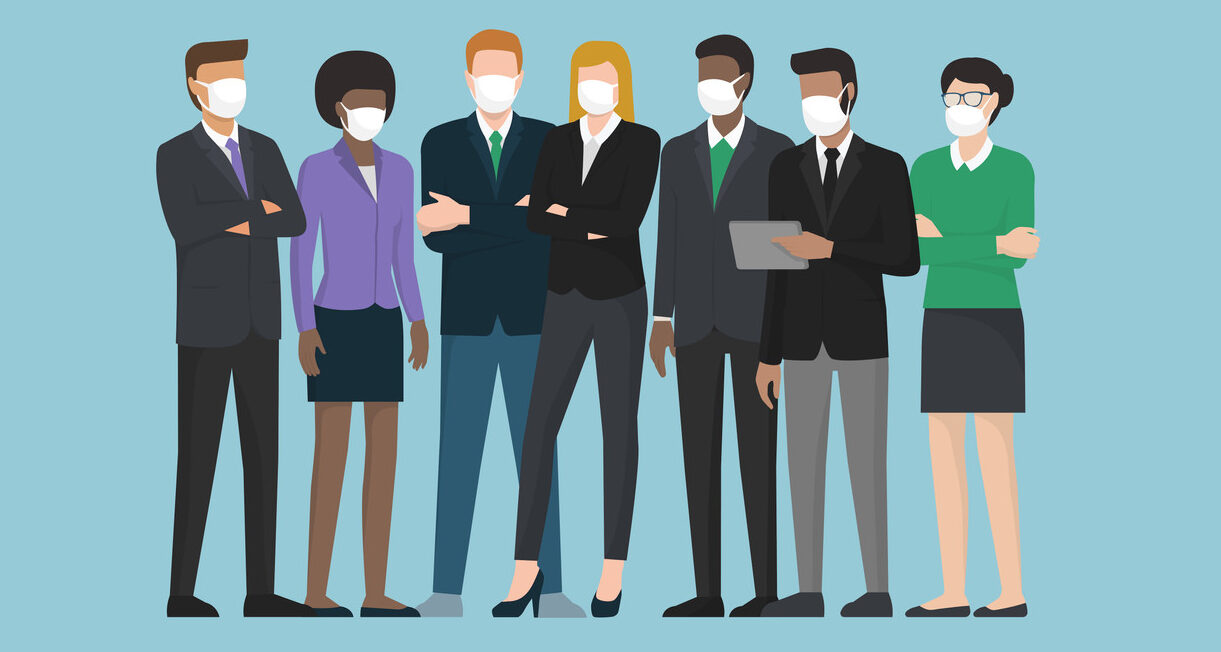 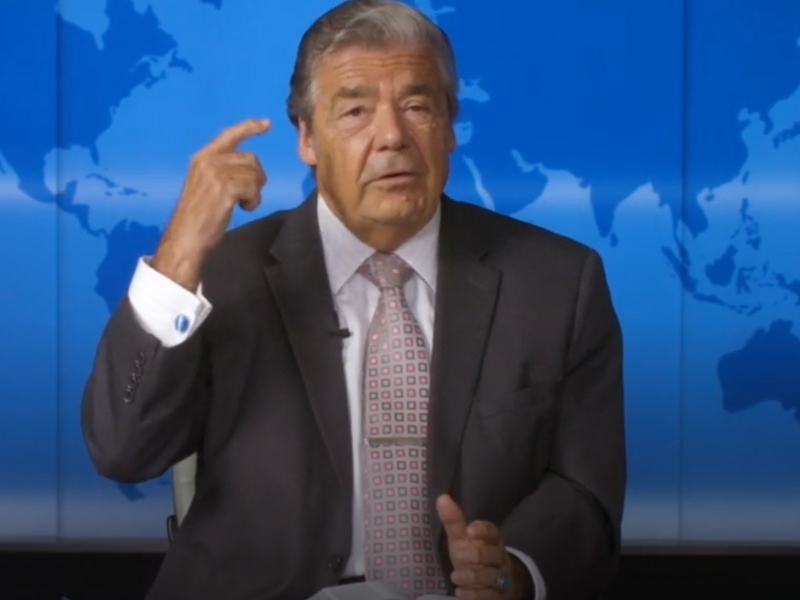 From the Watchtower apostasy has spread 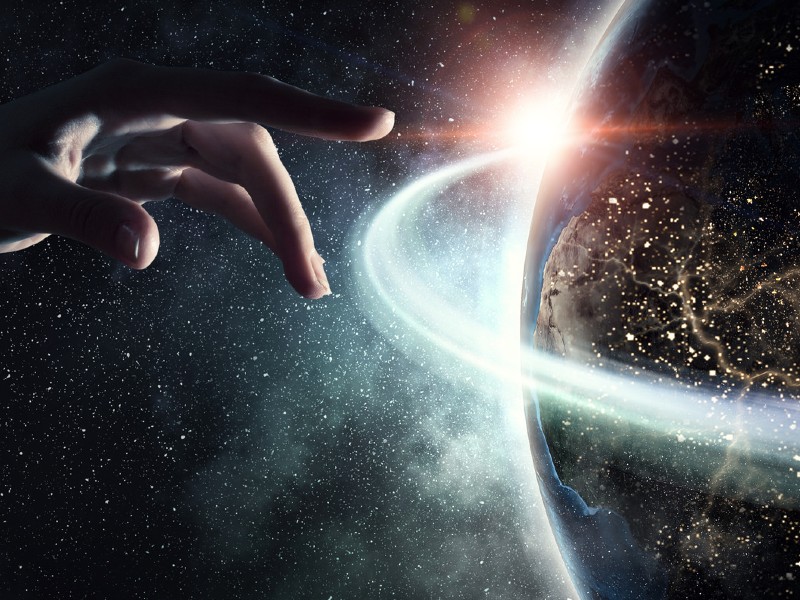 The shepherds have behaved senselessly 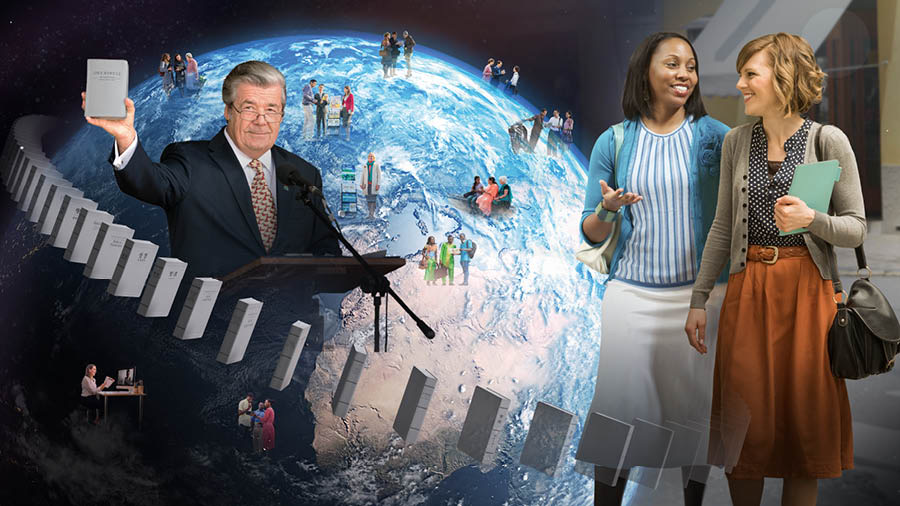 You are living in the midst of deception 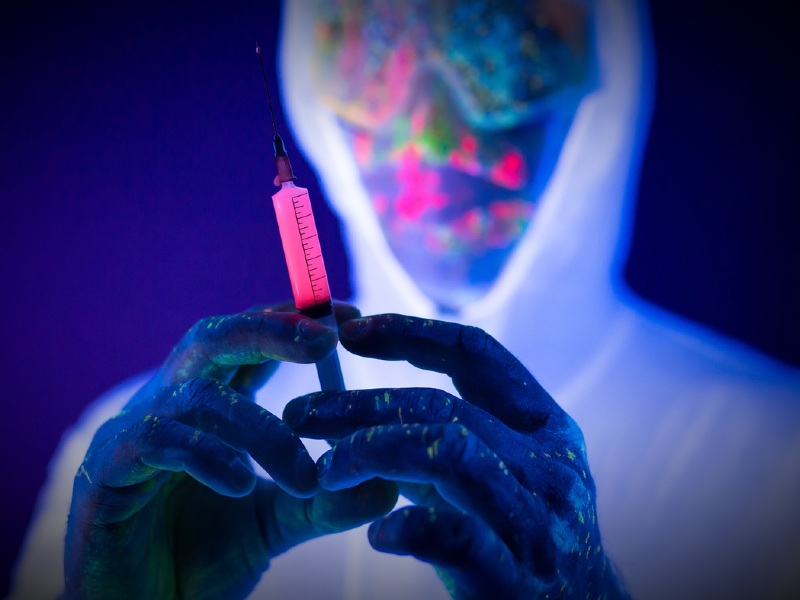 Poisonous snakes that cannot be charmed 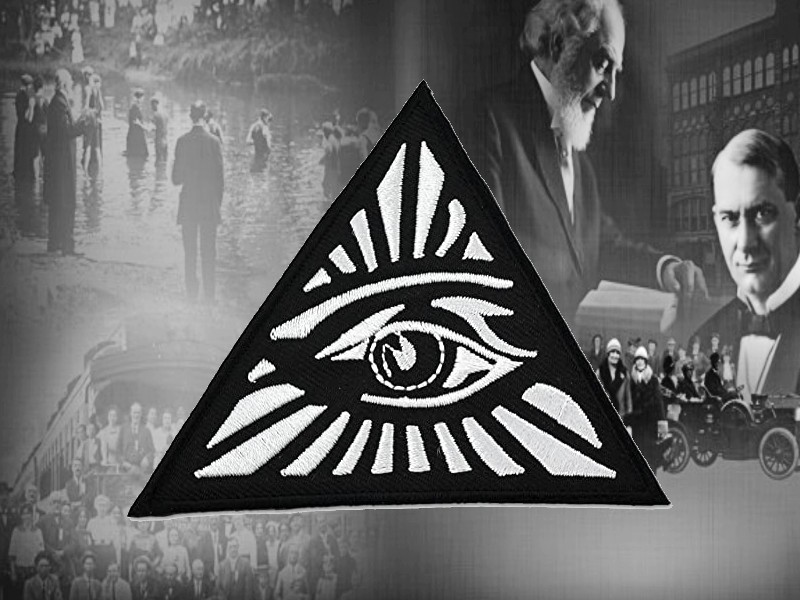 Can you make sacrifices to Baal and be saved? 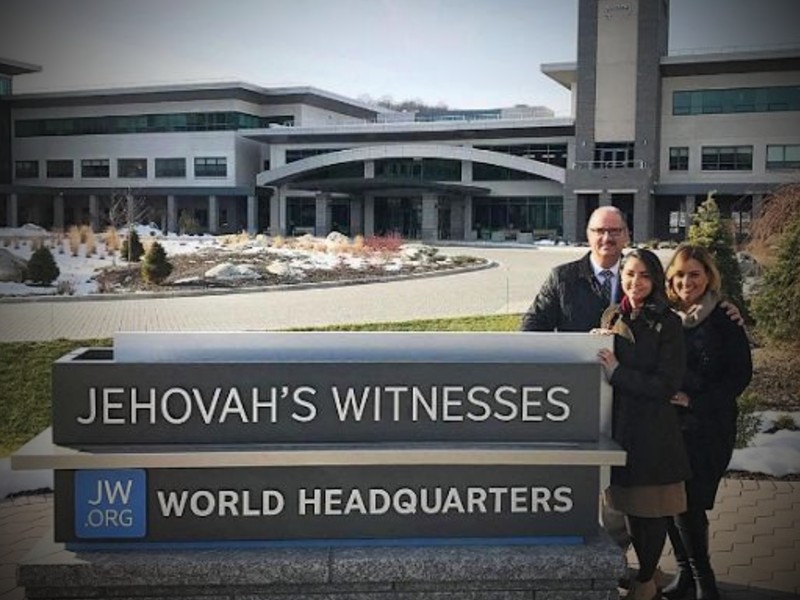 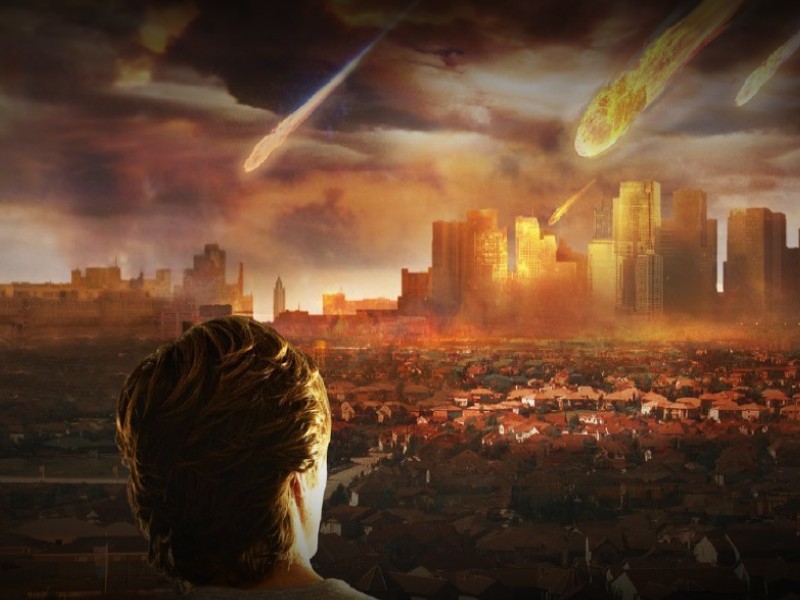 A calamity looms from the north, a great disaster 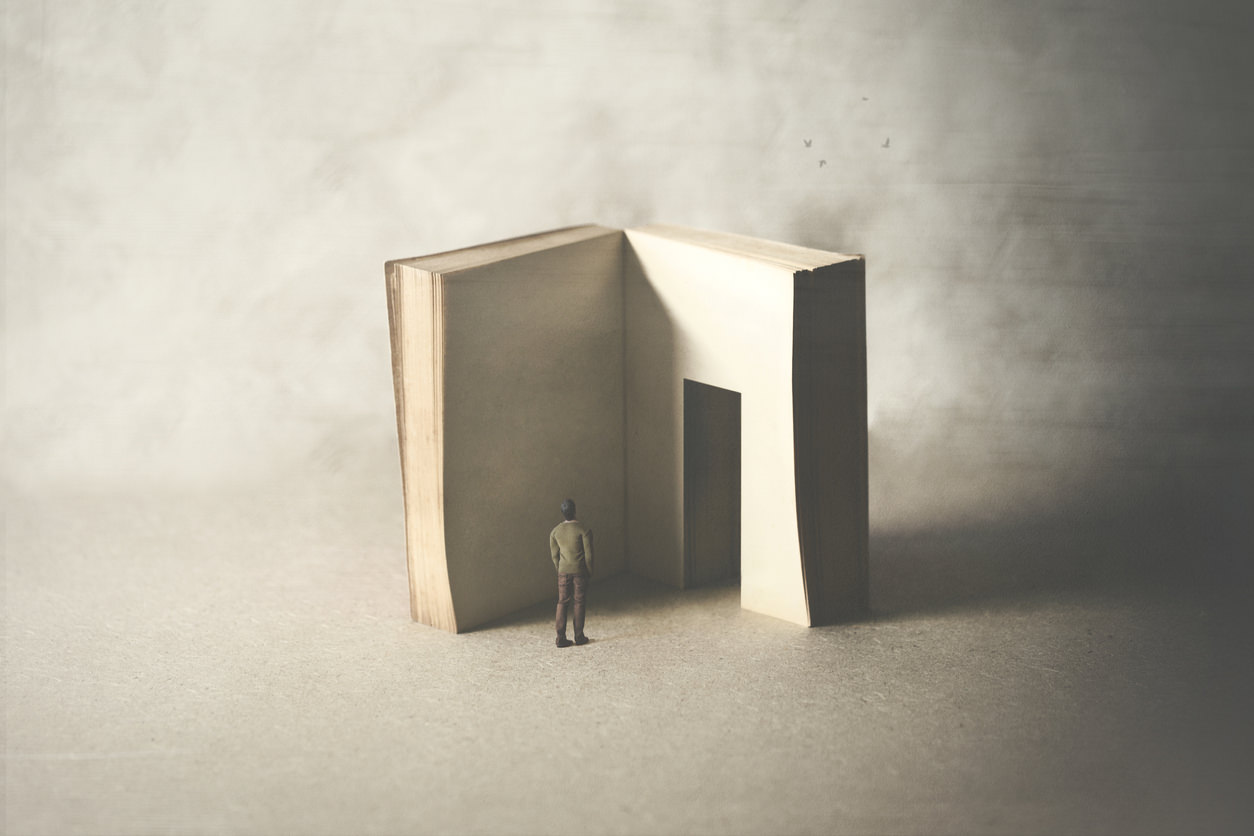 But what will you do when the end comes? 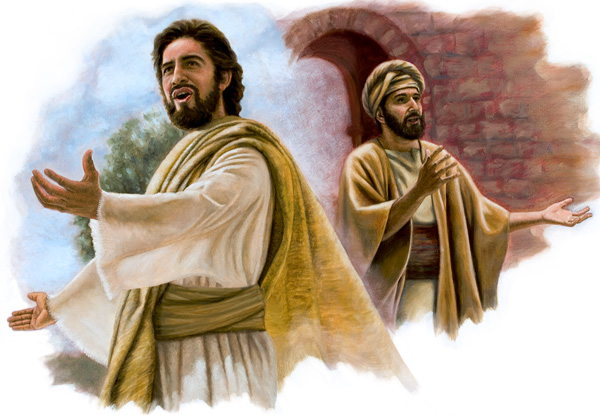 I will contend further with you 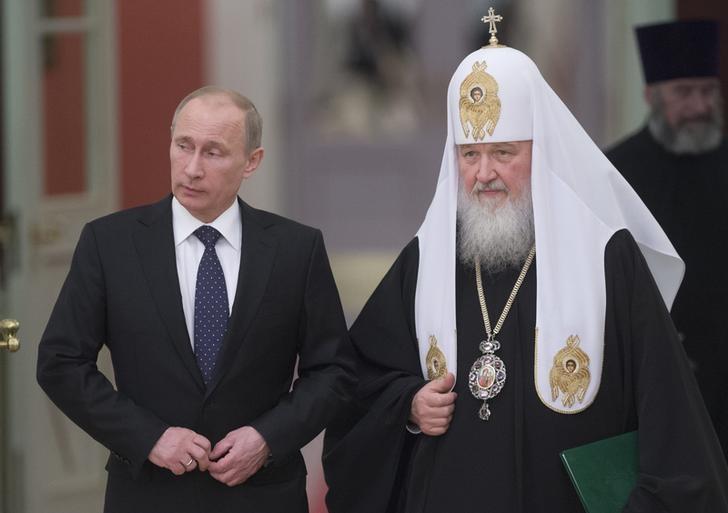 Is it persecution or punishment?