An Open Letter to the Watchtower Society

An Open Letter to the Watchtower Society 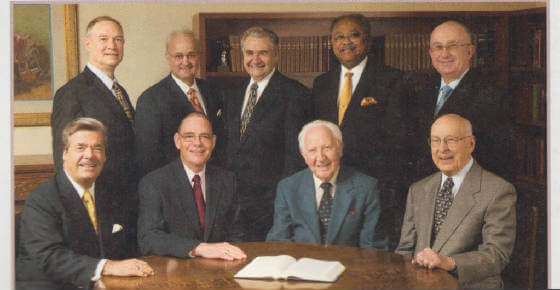 Bethel has occasionally produced articles counseling Jehovah’s Witnesses on the need for them to be quick to apologize when they may cause offense.  But what about the Watchtower? Has it ever apologized?  Personally, I’m fairly familiar with everything the Watchtower has published over the years and I am not aware of any instance in which the Society has ever apologized for anything.

Of course, the Watchtower Society is comprised of many men. And no doubt, as individuals you likely have apologized to others on occasion. But as for the individuals who write and speak for the Watchtower organization itself, that is another matter entirely. And this is truly unfortunate, because from God’s standpoint, Jehovah judges his organization as if it were a single person. Does not Jehovah refer to his nation as “Jacob” and “Israel”? Does not Christ have a congregation, his body? Is not the Watchtower viewed by Jehovah’s Witnesses as the very manifestation of the faithful and discreet slave? (singular) And more than that, the Watchtower expects Jehovah’s Witnesses to show unwavering loyalty and obedience to everything the so-called slave class utters.

So, while the Watchtower frequently counsels Jehovah’s Witnesses on the need for them to be quick about apologizing to others, in order to keep the peace; sadly, the slave of Christ has never followed his own counsel.

When one does not practice what they preach – be they individuals or an institution like the Watchtower – that is called hypocrisy.

You men who write and speak for the Watchtower Society; likely you may feel there is nothing over which Bethel ought to apologize. But what about the thousands of children who have been sexually abused and molested by men who were themselves Jehovah’s Witnesses?

(It is here acknowledged that a Watchtower spokesman once expressed regret for the victims, and he declared that Jehovah’s Witnesses abhor the scourge of child abuse, but that is not good enough. The reason it is not good enough is because the Watchtower has never publicly acknowledged that it has played any part or has been negligent in any way in regards to the many children who have been harmed.)

And yet privately the Watchtower has paid out millions of dollars in recent months to abuse victims in order to keep the plaintiffs out of court. Of course, the payment of an out-of-court settlement is not the same as an admission of guilt, not legally anyway; but everyone knows that it is a tacit admission. If the Watchtower was not at fault, if the abused plaintiffs had no case against the Society, why would Bethel allow itself to be shaken down that way? Why would the Watchtower’s attorneys timidly hand over millions of dollars of donated funds from hard-working Jehovah’s Witnesses if the lawyers of the plaintiffs had no case and were merely extorting money from the Society? Why not go to court and depend on Jehovah for victory? The answer is obvious. The plaintiffs had a winnable case. Like any corporation, the Watchtower took the most expedient path to dismiss the cases against it.

So, why not sincerely and publicly apologize to the victims of abuse and the entire brotherhood under your domain? The Governing Body and the Legal Department well know their guilt. And thousands of elders who have sat in on judicial cases and had dealings with the Watchtower’s legal team in times past also know quite well that in many instances Bethel gave direct orders to elders forbidding them to contact the police in order to report that a crime had been committed against a child in their congregation. Children and their parents were at times even threatened with judicial action if they even attempted to expose pedophiles in the congregations.

Jehovah and Christ liken their people to sheep. They are precious to them. Jesus gave his life for his Father’s sheep. Jesus said it is not a desirable thing with his Father for even one of the sheep to be lost. But how many tender, lamblike child abuse victims have been skinned and lost because of the way the elders and Bethel have mishandled their cases?

If even one child has been stumbled and turned their back on God because of mistreatment at the hands of abusers and lack of support and protection on the part of their elders and the Governing Body, would that not be one child too many?

WHY THE WATCHTOWER OUGHT TO APOLOGIZE

The Watchtower Society published an article in 2002, which has also been published on your website entitled: Why Should I Apologize? Here is an excerpt of the article:

When we find out that someone was offended by what we said or did, we may feel that the person is being unreasonable or too sensitive. Yet, Jesus Christ advised his disciples: “If, then, you are bringing your gift to the altar and you there remember that your brother has something against you, leave your gift there in front of the altar, and go away; first make your peace with your brother, and then, when you have come back, offer up your gift.”—Matthew 5:23, 24.

For example, a brother may feel that you have sinned against him. In such a situation, Jesus says that you are to go and “make your peace with your brother,” whether you feel you have done him wrong or not. According to the Greek text, the word Jesus here used ‘denotes mutual concession after mutual hostility.’ (Vine’s Expository Dictionary of Old and New Testament Words) Indeed, when two humans are at odds, there may be a measure of blame on both sides, since both are imperfect and prone to err. This usually calls for mutual concessions.

According to the Watchtower’s own advice, even if the accused is innocent the Christian thing to do is to apologize – for the sake of the offended. Certainly, there are many who accuse the Watchtower of many evil things. It seems that a “concession” on your part could go a long way towards making peace. But an apology can do more than merely make peace. An apology coming from the Watchtower could potentially be life saving to untold thousands among the stumbled. There is no question about it, if the Watchtower’s spokesmen were to come clean, so to speak, and humbly and sincerely make a confession of their double-dealings and hypocrisy, it could be like a breath of fresh air for many who have been sickened by your dealings.

Commendably, the Society has expressed interest in those who have been disfellowshipped; and some years back Bethel initiated a program, whereby, once a year the elders are to call upon those in their territories who may be disfellowshipped, to see if perhaps they could be assisted to take steps to come back to the congregation. As an elder back in the late 80’s, I participated in that program and called on a disfellowshipped man in our territory and made a few follow-up visits; he began coming back to meetings and was eventually reinstated. That was very gratifying for me personally.

The Watchtower has the opportunity to extend their healing hand to many thousands of ex-Jehovah’s Witnesses who have left in disgust or who have been disfellowshipped for disagreeing with the Organization on various things, and many others who have simply left off studying because of so many stumbling blocks. If a simple article expressing the faithful slave’s deepest apology for having stumbled so many could restore the faith of at least a few who have fallen away, would it not be unconscionable for the Watchtower not to offer a few words of sincere regret and apology?

Assuredly, Jehovah will judge you accordingly.