To the Governing Body of Jehovah’s Witnesses

To the Governing Body of Jehovah’s Witnesses 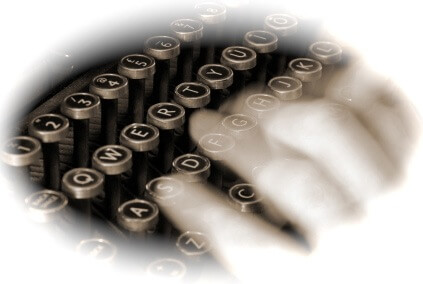 It is a weighty thing to preach and teach in the name of Jehovah God. Christian men, even on the congregational level, are cautioned in the letter of James that they face a heavier judgment if they become teachers of Christ’s people.

As regards the so-called faithful and discreet slave appointed by the master to feed the domestics their ration at the proper time, in the 12th chapter of Luke Christ specifically said of them: “Then that slave that understood the will of his master but did not get ready or do in line with his will will be beaten with many strokes. But the one that did not understand and so did things deserving of strokes will be beaten with few. Indeed, everyone to whom much was given, much will be demanded of him; and the one whom people put in charge of much, they will demand more than usual of him.”

The Governing Body claims to be the mouthpiece of the entire body of slaves, as those who have been put in charge. That being the case, according to principle Christ himself established in the cited illustration, much will be demanded of them by the Master upon his unexpected arrival.

The question is, how will the leading men of Jehovah’s Witnesses be judged today? Are they the willfully disobedient slave? Or are they disregarding the Master’s will solely out of ignorance? There is no alternative. It is either one or the other.

Quite likely this question will cause great offense among most of Jehovah’s Witnesses, since it is widely presumed that the Governing Body of the Watchtower Society are neither disobedient nor ignorant. To be sure, the Governing Body and their Bethel associates continually declare themselves to be faithful and discreet, even claiming to have already been approved and appointed over all the Lord’s belongings.

Yet, according to no less an authority as Jesus Christ, when the Son of man arrives as a thief in the night with his reward in hand in order to inspect his slaves as to their faithfulness in carrying out his will, the entire body of slaves will be found to be out of harmony with the will of the Master in varying degrees, so that the Master will be compelled to flog the willfully disobedient with many strokes and the ignorant with a few strokes.

Of course, Jehovah’s Witnesses have been led to believe that the Lord judged his house of slaves back in 1918 and that is supposedly when Christ also appointed the Watchtower Society over all of his belongings. But if that was the case, why is it, that, ever since then the Watchtower has simply been carrying on the work it had been doing before 1918? Rephrased: Why is there no distinction in the rank of the slave between the first appointment to feed the domestics and the second appointment to oversee all of the Master’s belongings? Indeed, why does the Watchtower claim to still be feeding the domestics long after the time the Master supposedly came and appointed them over all things?

Moreover, if Christ came as a thief in the night nearly a century ago, why has the Watchtower also continually exhorted Jehovah’s Witnesses to stay on the watch for Christ’s thief-like coming? Bethel has no answer, except to intimate the absurd notion that Jesus has multiple comings.

The truth is, Jesus Christ has not yet come to inspect his Father’s house and neither has he appointed those slaves judged to be faithful over all of his belongings. That second appointment involves their sharing with Christ as heavenly kings, not continuing to feed the domestics.

That also means that there is a significant faction of slaves presently ensconced in the house of God who are yet to be judged as evil slaves – destined to be thrown into the outer darkness, to weep and gnash their teeth in anguish.

A prominent feature of the sign of Christ’s presence is that Jesus forewarned that there would be deceivers who would precede Christ, who would falsely announce that the ‘due time has approached.’

The inspired apostle also forewarned the brothers not to be quickly shaken  from their reason regarding authoritative proclamations heralding the presence and the day of Jehovah. Paul went on to reveal that there would be letters circulating as if from the apostles, but in reality would emanate from a man of lawlessness within God’s spiritual temple, backed up by Satan with every powerful work and lying sign. And Jehovah himself would allow the deceptive operation of error to stay in place up until the actual manifestation of Christ as a test of our love of the truth.

To date the Watchtower Society is the only organization on earth that is on record as proclaiming with apostolic authority that the presence and the day of Jehovah are here. For a certainty, for more than a century the Watchtower has heralded the message foretold by Christ: ‘The due time has approached.’

According to Paul the presence and the day of Jehovah would not commence until the apostasy develops first. Jehovah’s Witnesses have been convinced that the apostasy Paul was foretelling became manifest centuries ago. However, a careful reading of Paul’s prophecy would seem to indicate that the apostasy would immediately precede the actual parousia and manifestation of Christ. Only then would Jesus evict the apostate man of lawlessness from the spiritual temple he presides over as High priest.

The apostasy that must come first is now manifest within the Watchtower Society itself – evidenced most vividly in the secretive, ten-year partnership the Society forged with the United Nations, which obligated it to use a portion of their assets to publicize positive information about the United Nations, and which they subserviently carried out – using unsuspecting publishers and pioneers as mere couriers of UN propaganda.

What will become of the millions of Jehovah’s Witnesses whose full faith is in the infallibility of the mother organization? Jesus foretold that ‘many will be stumbled.’

The 23rd chapter of Jeremiah contains Jehovah’s denunciation of the negligent shepherds of God’s flock. The opening verses state: “‘Woe to the shepherds who are destroying and scattering the sheep of my pasturage!” is the utterance of Jehovah.  Therefore this is what Jehovah the God of Israel has said against the shepherds who are shepherding my people: ‘You yourselves have scattered my sheep; and you kept dispersing them, and you have not turned your attention to them.’”

The actual commencement of the day of Jehovah will result in the discrediting of the Watchtower and her many shepherds, resulting in Jehovah’s sheep being stumbled, dispersed and scattered. That this prophecy has relevance for the future is evidenced by the fact it is specifically earmarked for fulfillment in the final part of the days, when God raises up the righteous sprout, David (Christ).

Just as Jesus and Paul indicated that evil and faithless men would mislead God’s sheep up until the conclusion, God’s judgment continues at Jeremiah 23:11-12: “‘For both the prophet and the priest themselves have become polluted. Also in my own house I have found their badness,’ is the utterance of Jehovah. ‘Therefore their way will become for them like slippery places in the gloom, into which they will be pushed and certainly fall.’”

At this point in time the world is lurching towards global financial collapse, world war, widespread food shortages and pandemics, which will signal that the judgment has begun. We may expect the Watchtower Society to be silenced and go off into the gloom that will enshroud the world.

In light of the massive fraud the Watchtower Society has perpetrated upon Jehovah’s trusting sheep, we can better appreciate why Jesus intends to humble and punish his slaves who acted in ignorance, while destroying the evil slaves presently within the house of God.