Apparently this is to be an annual occurrence, necessitated by the fact that the Watchtower sends representatives to an annual hedge fund conference about this time every year, and I, accordingly, am compelled to publicize their unseemly affairs. (Unfortunately, the website page listing the Watchtower is no longer online.)

But what is wrong with the Watchtower investing in hedge funds? For one thing, the Society is a tax-exempt organization based upon the supposition that it is a non-profit institution. (Not to be confused with its non-prophet status) But is it even ethical for a non-profit organization to operate as a hedge fund or to invest in hedge funds seeking maximum profits? At the very least it is questionable and may even violate the rules governing tax-exempt organizations. Ultimately, their avarice may well be their undoing, as it is not out of the question that they may at some point lose their tax-exempt status for this very reason.

But it is not just that. Everything the Watchtower does now is either done to save money or to make money. For example, some assembly halls have evidently installed cash machines so that Jehovah’s Witnesses can donate money straight out of their bank accounts. Apparently the donation boxes at every exit just weren’t enough. (Be reminded that Jesus became indignant because of the presence of moneychangers in his Father’s temple.)

On the other hand, it has come to my attention that this year the Watchtower asked Jehovah’s Witnesses (at least in France) to print copies of the convention program off the Internet to save the Society the printing expense. Apparently, that means that in their view it is a waste of money to provide programs for those who attend their conventions and that the money might be more wisely allocated by placing million dollar bets with the high rollers in the global financial casino. The Society’s sophisticated money masters make the Miracle Wheat fiasco of the organization’s founder seem amateurish by comparison.

In recent years the Watchtower has devised all kinds of schemes to keep the money flowing into their kingdom coffers. For instance, every year around the end of the tax year the Watchtower makes a money-raising pitch in their Kingdom Ministry, appealing to Jehovah’s Witnesses to make tax-deductible donations – as if the love of God were not sufficient motivation to give.

In the recent AWAKE! article debunking popular views of “doomsday” the Society casually dismissed the notion of a global financial collapse. No wonder Jehovah calls them “the stupid prophets.”

According to the half-brother of Jesus Christ, the fiery last days of this system will incinerate the wealth that Christians imagine they have. James wrote: “Come, now, you rich men, weep, howling you’re your miseries that are coming upon you. Your riches have rotted, and your outer garments have become moth-eaten. Your gold and silver are rusted away, and their rust will be as a witness against you and will eat your fleshy parts. Something like fire is what you have stored up in the last days. Look! The wages due the workers who harvested your fields but which are held up by you, keep crying out, and the calls for help on the part of the reapers have entered into the ears of Jehovah of armies. You have lived in luxury upon the earth and have gone in for sensual pleasure. You have fattened your hearts on the day of slaughter. You have condemned, you have murdered the righteous one. Is he not opposing you?”

Just recently the Society announced its intentions to break ground on what will surely be a luxurious new headquarters – funded by the sell-off of highly prized Brooklyn real estate, to be built with the sweat of unpaid volunteers. The leadership of Jehovah’s Witnesses truly have fattened their hearts for the day of slaughter. And when the day of collapse comes all the multitudes who have funded and supported Bethel and who look to the Governing Body for spiritual guidance will go wanting – as if workers who have been denied their wage.

The prophecy of Zephaniah parallels James, as it is a denunciation of the unfaithful priests who officiate at Jehovah’s altar, those who are “weighing out silver,” foretelling that “neither their silver nor their gold will be able to deliver them in the day of Jehovah’s fury…”

Several weeks ago it came to my attention that the Watchtower Society had devised a new money-raising scheme. The scheme is to beg and borrow money from each individual congregation account, which they deem to be in excess of the congregation’s actual expenses. I half-jokingly responded to the topic then that the Watchtower has become a hedge fund. Well, as it turns out, that is pretty much what they have become.

An organization called Hedge Fund Intelligence – Global Review hosts an annual pow-wow in London for all the big banks and hedge fund managers, and listed on the roster from the September, 2010, meeting is none other than the Watch Tower Society. Of course, their merely attending a hedge fund meeting does not of itself prove that the Watchtower has become a hedge fund. But, coupled with their scheme to get more money from the congregations and selling off valuable property in Brooklyn, it certainly appears as if they are trying to a acquire a massive pool of money to play the global markets.

Apparently the Watchtower is no longer content to park their money in a bank or in boring money market accounts or certificates of deposit. Forget 3% interest rates. Yawn. The Bethel money managers are apparently going after the BigMoney. They are now rubbing shoulders with the titans of the London/Wall Street global financial system.

Of course, no hedge fund merely uses their clients’ own money. The financial system is all about leverage and leverage is acquired by borrowing money. Quite likely the Watchtower has also leveraged its positions too, whatever they may be. It may even be that the Watchtower has used their valuable Brooklyn real estate portfolio as collateral to borrow millions or even billions. I have no proof of that, but I have never heard of a hedge fund that does not borrow to leverage their positions. It is not at all uncommon for market bets to be leveraged 10 – 1. Meaning, if a market player bets a hundred million they may have borrowed ten times that to a billion. Some positions are leveraged nearly 1 to 100!

The hedge funds operate on the herd mentality. Hedge funds pile into tech stocks. Boom! They blow up a bubble and get rich, while the latecomers and holders-on get burned. Hedge funds pile into mortgage-backed securities. Boom! they blow up a big bubble, make 20% on their bets, pay off their loans and pull out, leaving the suckers holding worthless notes. They may even turn around and short a market they had previously helped stampede the herd into, thus making money on the collapse phase of a bubble. Hedge funds bet billions on commodities, the latest big thing; thus driving up the cost of all the necessities of life, from oil to precious foodstuffs, basically forcing millions on the lower end of the economy into near starvation.

While it is doubtful the Watchtower is actually registered as an independent hedge fund and they may not even directly place bets. It is more probable that they are putting money into real hedge funds and trying to learn the system. In either case, the Watchtower is knowingly playing a part in a greedy, rapacious system, which it also hypocritically condemns, that is callously driving hundreds of millions of people, even Jehovah’s Witnesses in the Third World, into poverty and misery. And as we have seen recently, when the big banks make bad bets, then they have the political clout to con the politicians to make the taxpayers cover their losses. The leadership of the Watchtower Inc is now overtly throwing in their lot with the most notorious pirate gangs of the British imperial, monetary system, evidently hoping to share the plunder. No wonder Jehovah indicts the leaders for stripping the flesh off the bones of his people and grinding their faces into the very dust.

One note on hedge funds: Thousands of hedge funds are registered to British offshore islands, like the Cayaman Islands, British Virgin Islands and The Isle of Mann. The reason being to set themselves out of reach from national governments. Hedge funds and banks are widely known as money laundering facilities for all kinds of dirty money operations, primarily dope and illegal arms sales. About one trillion dollars anually is laundered by the banks and hedge funds in behalf of Dope incorporated. It may well be that if the Watchtower is putting millions into a big offshore hedge funds they are sharing a common pool with drug kingpins and arms dealers. (EIR on Dope Inc) 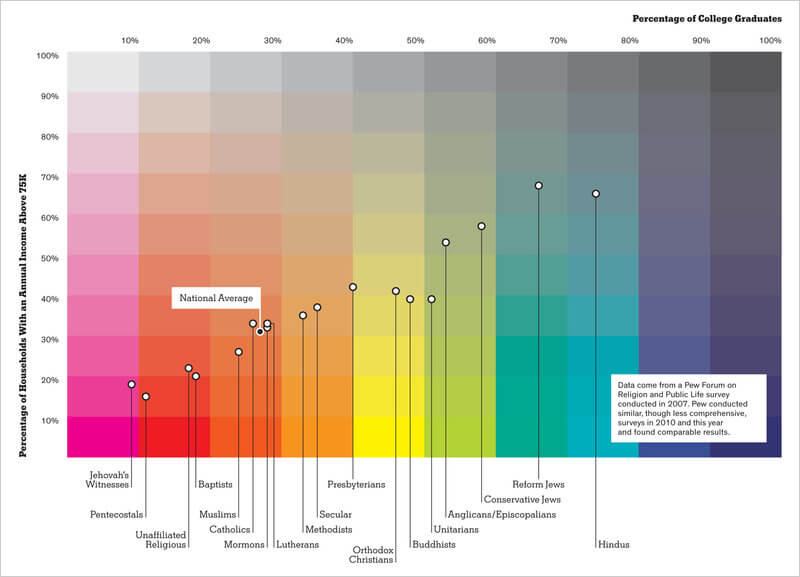 Interestingly, the New York Times Magazine just published an article about the relative average incomes of various religious groups. Jehovah’s Witnesses were second to last, just a notch above the poorer Pentecostals. This, due in no small measure to the fact that the Watchtower has strongly discouraged Jehovah’s Witnesses from acquiring a higher education.

The Society also routinely rebukes and condemns Jehovah’s Witnesses for getting involved in get-rich-quick schemes. However, Bethel is not shy about cajoling Jehovah’s Witnesses into giving their hard-earned income to the Watchtower Society to finance their risky money-making scheme, all for the kingdom, of course.

Meanwhile, word is the Watchtower is intent on building a sprawling new headquarters complex in New York State. They really are riding the gravy train. They use Jehovah’s Witnesses for free labor and use their non-profit, tax-exempt status to avoid taxes, all the while playing high stakes poker with the cash they acquire, just like the Wall Street boys. The banksters ought to really envy the Watchtower. After all, the banks have to pay enormous salaries and commissions to their derivatives whiz kids. The Watchtower just sends some volunteers to London to learn how to play the game and they work commission free! They really have fattened their hearts for the day of slaughter.

As I have written about extensively, the Watchtower is going to collapse in a big way, as a judgment from Jehovah. It may well be that Bethel’s wise guys may end up on the wrong end of a big bet and bankrupt the Watchtower. After all, numerous hedge funds, pension funds and municipalities that thought they were sophisticated enough to play with derivatives have lost billions. Look what happened to the investment bank, Bear Stearns. Swim with the sharks and you are likely to be eaten.